Four suspected kidnappers have been captured in the Northern Region.

Kidnapping cases became increasingly common in recent times, prompting the police to seek methods to prevent further abductions. Some of the kidnapping instances they investigated turned out to be fraudulent, as they discovered that some people pretended to be kidnapped in order to extort money from others.

Other times, their investigations led them to actual kidnapping incidents, in which people kidnap innocent victims and demand a large ransom from them or their relatives before releasing them.

According to the report, these four accused kidnappers were apprehended by police in the northern region at Kpilijini, a village in the Mion District. According to accounts, kidnapping has been a common occurrence in the Savannah Region.

And these criminals frequently demand large sums of money, such as Ghc 40,000, before releasing their victims. However, in this case, the police were able to move fast with the information they had and apprehend the accused kidnappers before they could demand a large sum of money from their innocent victim.

According to Superintendent Bernard Baba Ananga of the Northern Regional Crime Office, these kidnappers had called and threatened to kidnapped their victim, a cattle dealer, unless he gave them money. The suspected kidnappers, who are also herders, intimidated their victim on multiple occasions, threatening to murder him if he did not provide them the money.

According to the report, when the cattle trader saw that these people were serious about their threat, as well as knowing about some of the kidnapping instances in the area from the news, he became concerned for his safety and reported it to the authorities.

To find a means to apprehend these two alleged kidnappers, the police made an arrangement with the cattle dealer and urged him to contact the kidnappers and inform them that he would pay the ransom so that they would leave him alone. And, based on previous occurrences, the Northern Region police set up an ambush and caught one of the alleged kidnappers when he came to collect the ransom. 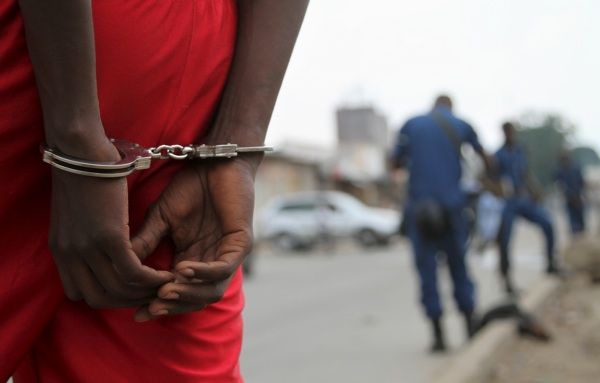 They were also able to apprehend the other three suspects in the case as a result of their investigations, and all four are currently being sent to court to face the law.