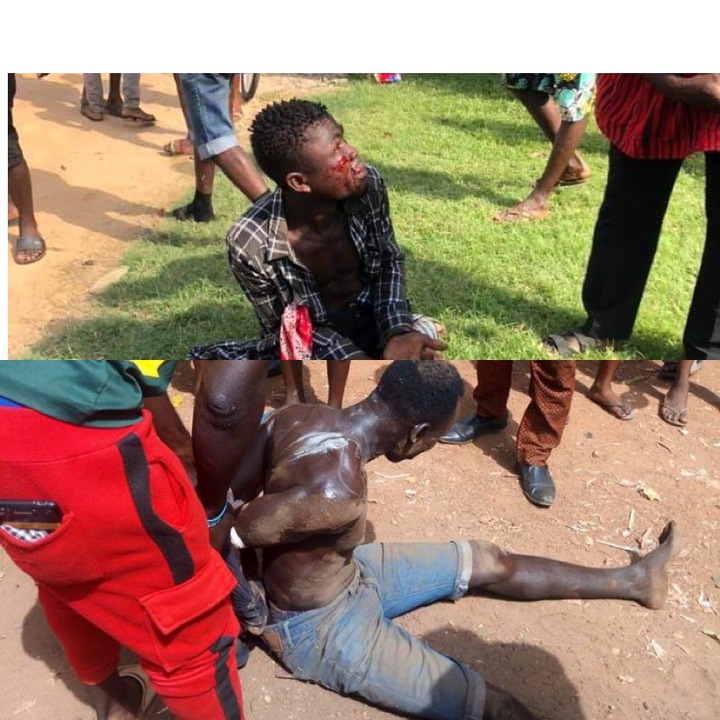 Thieves are either beaten and spared after several injuries have been meted out to them or killed in the process of lynching. This is one of the issues that the security service does not agree to even though it’s still seen till this very day. One clever thief from Nima has taken robbery to another level as he boldly defended his right as a Ghanaian and as a human.

You must be wondering how a thief could have the courage to pull this off but some thieves are fearless and have little or no fear of death. Some have faced terrible situations that have equipped them in the robbery business and are police-resistant. A Nima thief after he was caught few hours ago trying to steal a motorbike from a rider defended himself against being beaten to death. 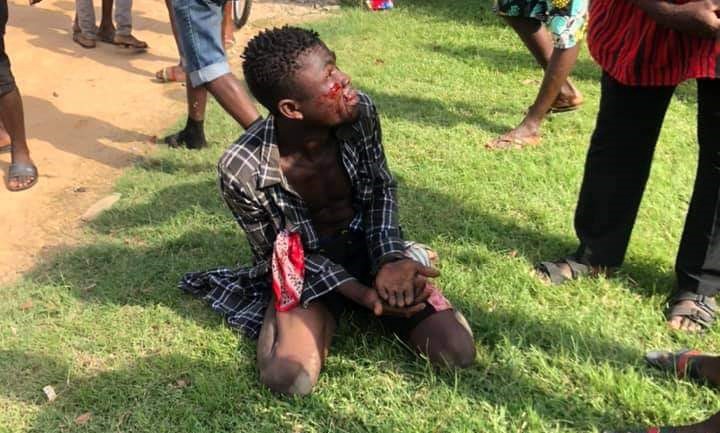 The Nima police station is one of the places which is choked with a lot of robbers because of certain practices that are unending and very dangerous in this community. The robber whose identity remains a mystery as witnesses claim they haven’t seen him around like other thieves they have encountered was bold and courageous.

I know my right so take me to the police station, I’ll pay for my crime- he stated with his head high. The bold and proud robber allegedly knocked the motor rider off his motorbike and stabbed him in the thigh whiles trying to escape with the motor.

Since Nima itself is a motor populated area, he was chased down and knocked to the ground. Reports indicate that even though his plea was successful, he ended up in the police station with unrecognizable looks from heavy beatings coming from all angles. Hopefully, he will be processed and presented to court if needful as revealed by the Nima police.