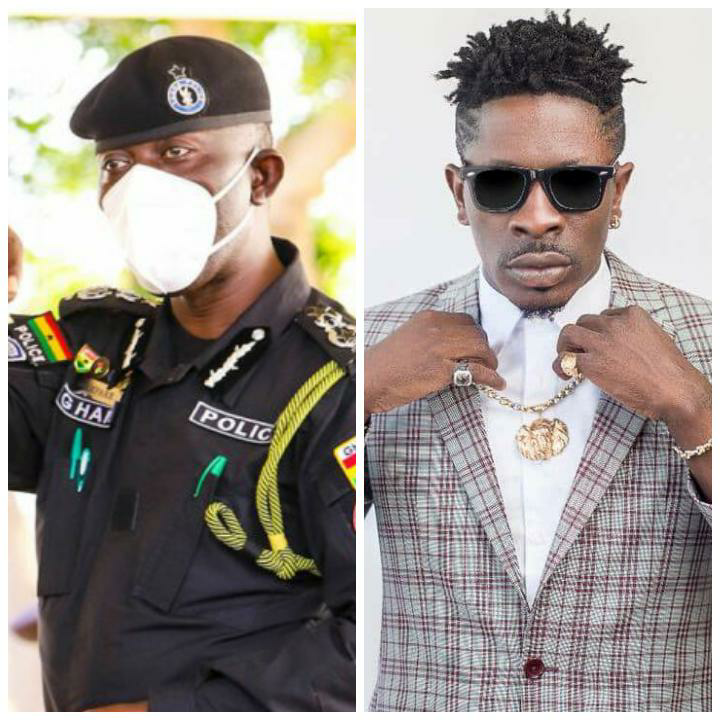 The newly sworn in Inspector General of Police has really proved to be a master of his craft - investigation and good handling of allegations and cases on high crimes. Few months into office, he has exhibited his prowess and urge to serve his nation in the area of crime. His unique style of operation introduced into the Police units has shot his name over the clouds and won him massive support and praise from the general public.

IGP Dampare has released his men to investigate the ongoing allegations that popular Ghanaian Dancehall artist, Charles Nii Armah Mensah popularly known by his showbiz name as Shatta Wale has been shot. The news, which was broken by his Personal Assistant sent shock waves down the spines of many Ghanaians; especially the SM followers.

This "unfortunate" yet unconfirmed news has caused massive stir online as Ghanaians continue to dig deep to find out the credibility of the source. Recall, Shatta Wale recently celebrated his birthday and Ghanaians anticipate for the release of his highly rated album.

In a post sighted on his official Facebook of Ghana Police, the police has launched a thorough investigation into the allegations. According to the statement, a special team has stormed Shatta Wale's house but did not see him. It also stated that, calls have been made to reach his closest friends, but have allw ended in futility. IGP Dampare's men have called on Ghanaians to remain resolute as investigations is underway.

Many people have shared mixed reactions over the allegations, with some calling it public stunt to promote his album. As we communicate now, we keep our heads in prayer and patiently await further notice from the Ghana Police Service.

Read the full statement as posted by Ghana Police below; 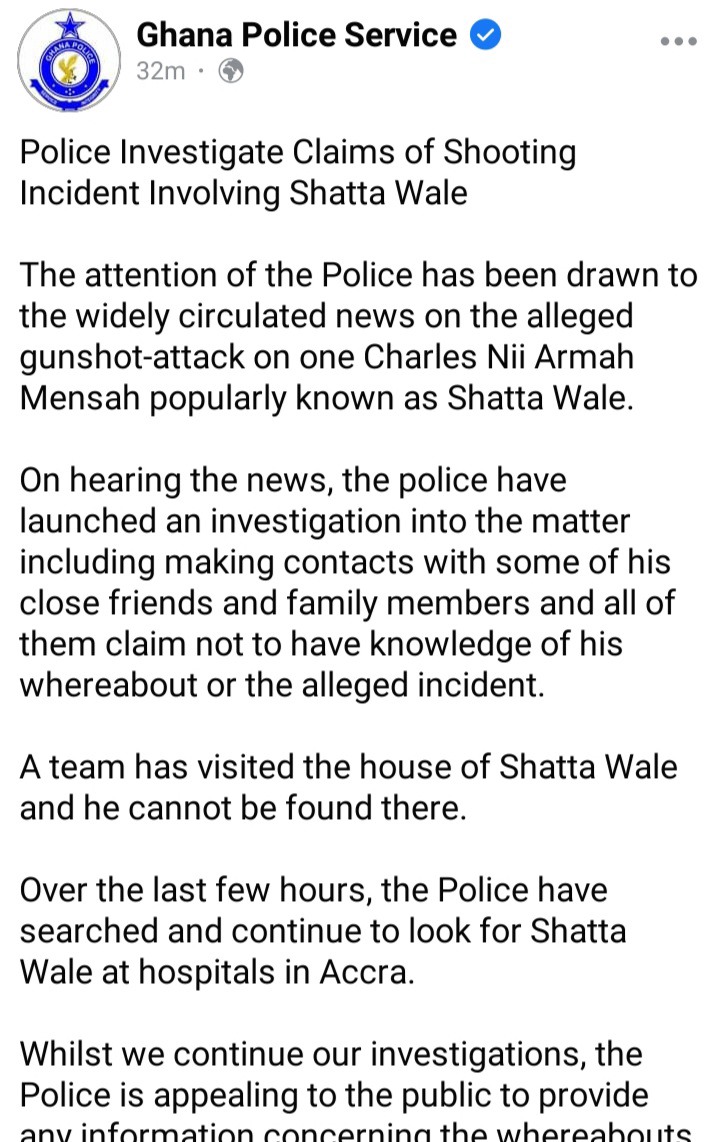