By Edoukwah (self meida writer) | 10 days

These days, children of this generation have become so eager and curious that they most of the time end up bringing troubles upon themselves. Curiosity they say, killed the cat. Since most children begin to watch telenovas at quite tender ages, they end up trying to practice whatever they see in these telenovas.

Some of these children even know more about technology than their own parents. The can be watching videos they are not meant to watch but would be able to clear them from their phones, laptops or computers within the quickest possible time without their parents noticing. Most of these children are very smart, others are not.

In the video going viral, it is alleged that a six (6) year old boy was caught watching blue films. This young boy was caught by his own father. Trying to act smart, he quickly switched from what he was watching but it was too late. Knowing what he has been watching isn't meant for children, he smartly named the folder in such a manner that no one would think that such a folder contains adult films. 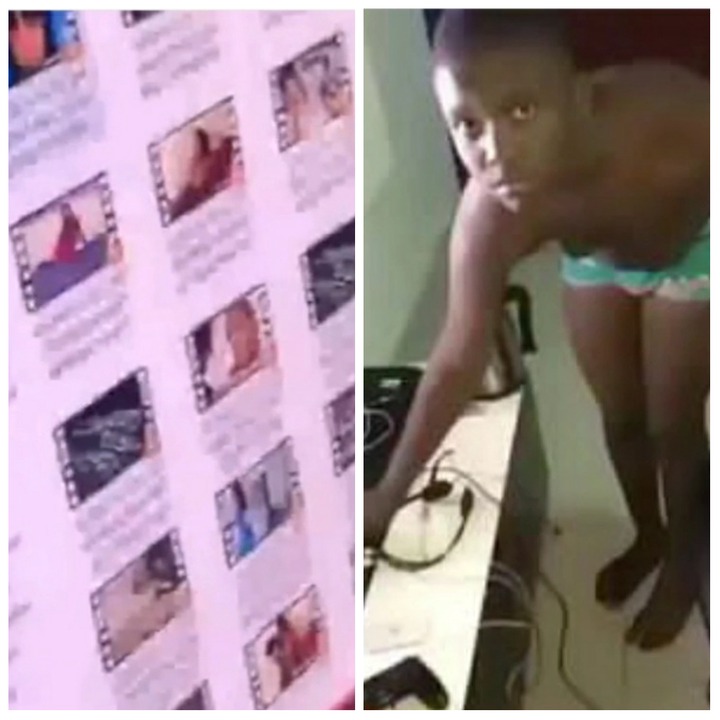 Immediately his father caught him in the act, he asked him to go back and open the file. As scared as he was but being obedient enough, he opened the folder and lo and behold, the videos showed everything.

This has sparked a lot of reactions from people. Most of them are blaming the kind of movies these young children watch. What can you also say?

Bring in your comments and do well to follow my page for more information.

MMDCEs List: Akufo Addo Must Punish Whoever Made This Mistake

Inspirational Phots Of Top-Nick Models Who Are Causing Commotions Online With Their Endowed Bodies.