By Blind_Justice (self media writer) | 13 days ago 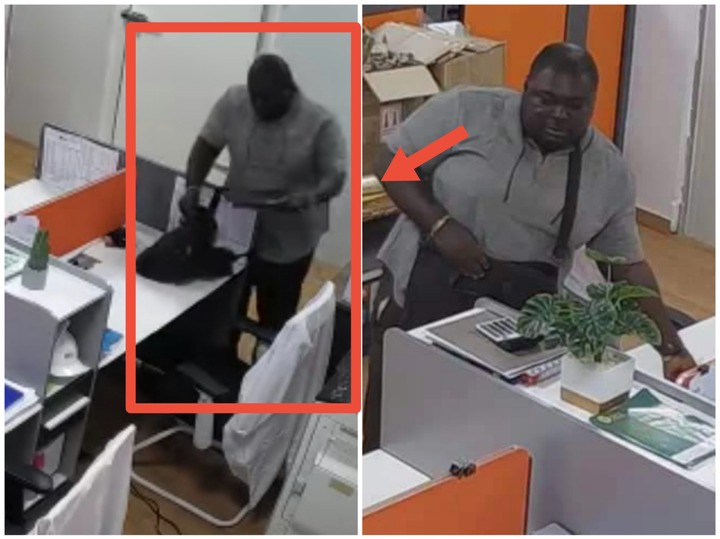 A laboratory equipment supplier, DCL Laboratory Products Limited has been raided by a notorious thief today. A CCTV footage taken of his operation this morning showed an adult male suspected to be the very person who was captured on security cameras recently stealing at the Bulk Oil Storage and Transport (BOST) Company Limited.

The unidentified man walked into DCL Laboratory Products Limited's premises with a laptop bag and loaded two office laptops and other gadgets into it. The clock on the recording from the CCTV indicated that the operation was undertaken as early as 6:13 am today, when the staff of the company were yet to arrive.

A cleaner was even around when he walked in but this never stopped him from stealing. One of the cleaners walked a few distance towards the exit and turned but least suspected the man to be a thief. 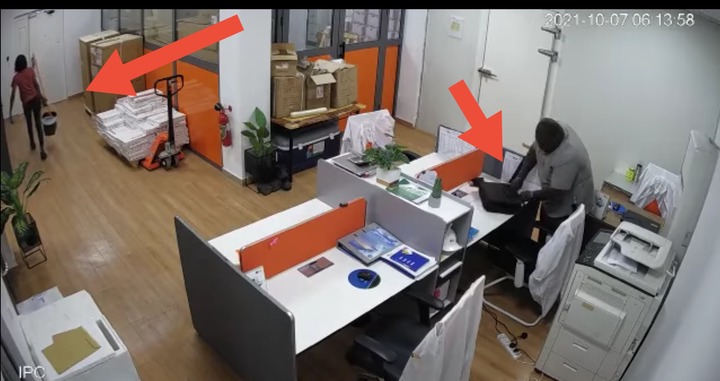 Later when the news broke about the theft that, the cleaners mentioned that he introduced himself as a staff of the company. Without an Identification Card, the cleaners who had no right to question or deny him access left him and he worked out his operation without any stress.

A full image of him was taken by the CCTV system and this has been shared with the police and public to assist investigation. Many had identified this suspected thief to be the very person who raided BOST a couple of weeks ago. 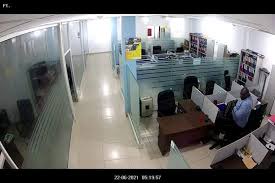 Not much has been heard about him until today. It's obvious no arrest was

made on him as he is freely walking into people's office around East Legon.

Many who have had an encounter with this suspected thief described him to be smart and cunning. But others say anytime he is arrested his lawyers mount a defense arguing he is not sane. 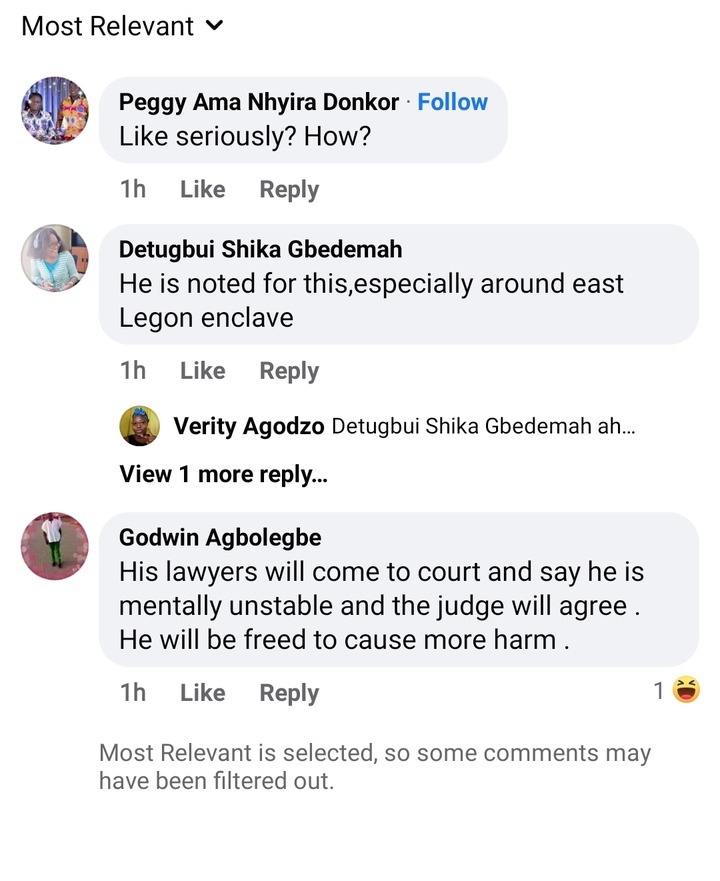 One Godwin Agbolegbe in his comment to a post on Facebook about the incident said he would soon be freed by his lawyers even if an arrest is made on him. But couldn't be that the suspected thief is pretending to be mentally ill?

If this has been a behaviour of the suspect, then there should be some restrictions on him before people begin to lose their cool and take the laws into their hands when they suffer a loss afrim this man.

Another University Lady Takes Over The Internet With These Mind-Blowing Photos. Check Out.

Deadly Weapons: Check Out The Pump Action Gun This Suspected Robber Was Using To Terrorize People.