"While Working in Saudi Arabia For 10 Years, I Sent My Son All My Money" Alice Narrates

Alice narrates her experience of working in Saudi Arabia for 10 years. She talks of how her eldest son diligently managed her savings and bought 3 vans for public transport, one Abobo Yaa, built semi-permanent rental houses, 2 houses, and also stocked a farm for pigs and chickens. Find out how she managed to get money for all these developments.

Alice speaks of the struggles she went through as a single mother of three children before flying out to Saudi Arabia. She says that the day she broke the news to her mom that she would be leaving the country was the day she saw her mom very joyful until her pressure shot up. 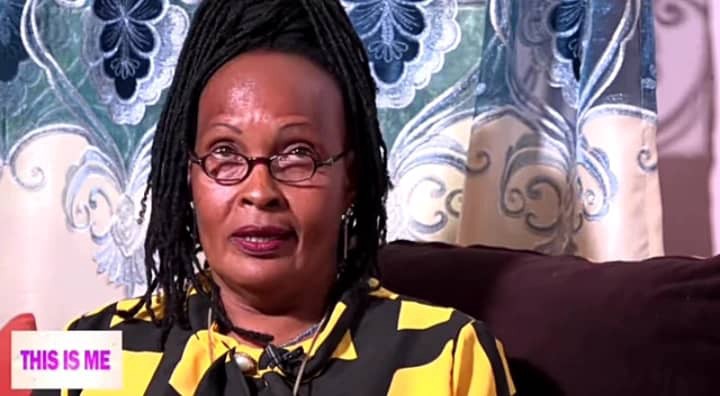 A trigger that took her life away on the same day. Prior to the sad event, Alice's mom had requested that if Alice got greener pastures in Saudi Arabia, she could build her a modern house. Even in her death, Alice still honourably fulfilled her mother's wish.

Alice, from a poor family, got pregnant at the age of 15 and got pregnant again at the age of 17. Her mother gave birth to 10 children. She suffered so much for them that her mother thought she was her motherhood, took care of her kids and got a job for her. She saved money from her salary and opened a small bar shop. From there, she found favour and was successful. She gave birth to her third child and decided to get married. 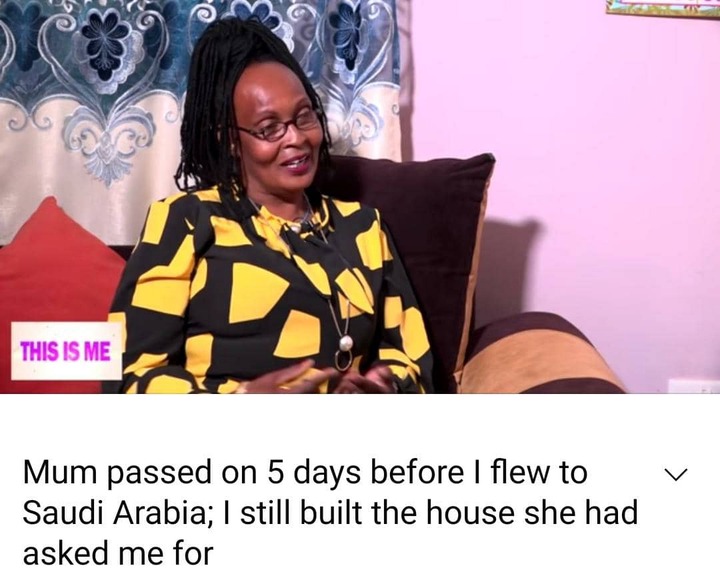 Her marriage was a toxic one as her husband always beat her, so she left her marriage and business. She came back and met an old friend who offered her a Saudi Arabia visa. She was happy and broke the news to her mother. Her mother was overjoyed and overwhelmed with happiness. She immediately developed high blood pressure due to overjoy. She stumbled and died.

Alice buried her and left the next day. Her first son took care of his siblings. She said she did it for her children. She saved her two years of salary, used it to build a modern house for his mother because that was her dying wish for her child to build a house for her.

During her ten years in Saudi, she was supposed to build a house, buy three cars, two plots of land, and start a business.She claimed her son invested her money very well and didn't squander it. May we not die when it's time to eat our sweat.