His son was killed but that didn't stop him. See what this man did

By the_Kelvin_guy (self meida writer) | 3 days

Sometimes, everything happens so fast and trying to taper down the pace at which they are moving is only going to see you waste your time and energy. This article of mine is a very sad one and it fills my heart with sorrow. The inability of some people taking up their responsibilities ended up costing the life of a clean soul. What increases the pain and makes it more disheartening is the fact that, the people who are indirectly responsible for the death never cared after watching the innocent soul of this young boy leave his body.

I was strolling through Twitter after boredom visited yesterday. While moving around, I saw this news which struck a nerve in my mind. What is going on in the minds of some people at the top? Why do they sit and see those below suffer yet feel no driving force to go to their aid? Don’t they feel any guilt after seeing many people are suffering due to their actions and non-interventions?

I saw a tweet and the content of the tweet read, “This Indian dad is filling potholes one by one after his son was killed because of a pothole”. The picture which was attached to the tweet would break your heart. You could see that this man is old and probably in his 50’s yet there he was fetching sand and filling those holes all by himself. 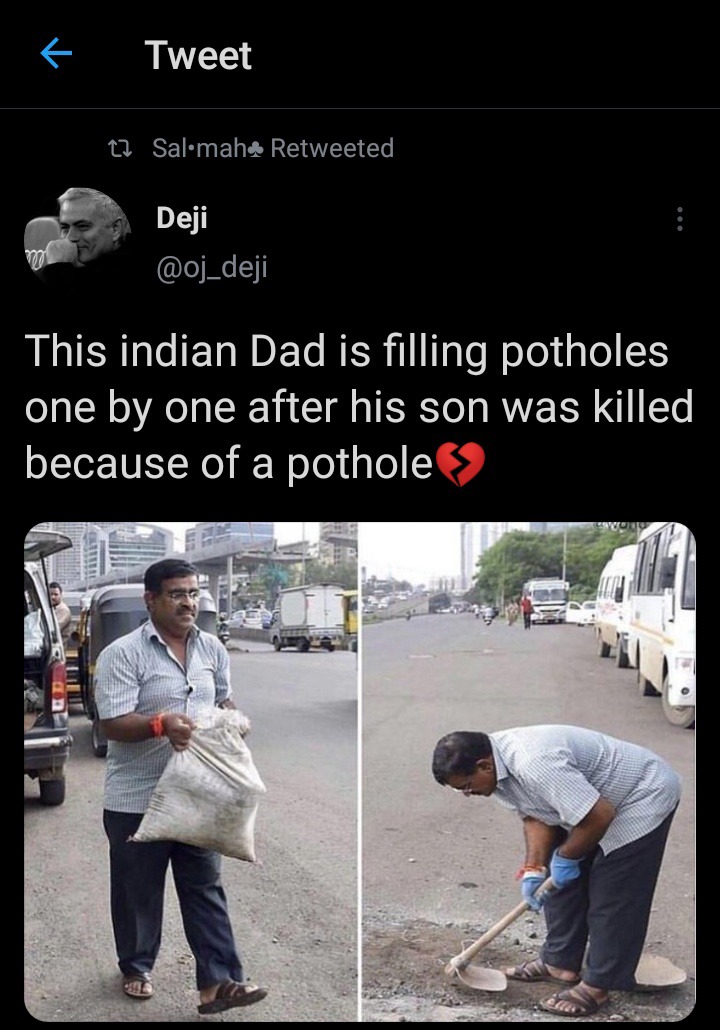 It saddens me knowing perfectly that nobody cares in some parts of this world. People are dying on a daily on these bad roads but those responsible for ensuring these problems are curbed have severed their sense of vision and hearing.

That is very good of him. Some people after realizing their kid had been killed wouldn’t even mind widening those potholes so other kids could also pass away but the heart of this dad was far away from being inhumane. 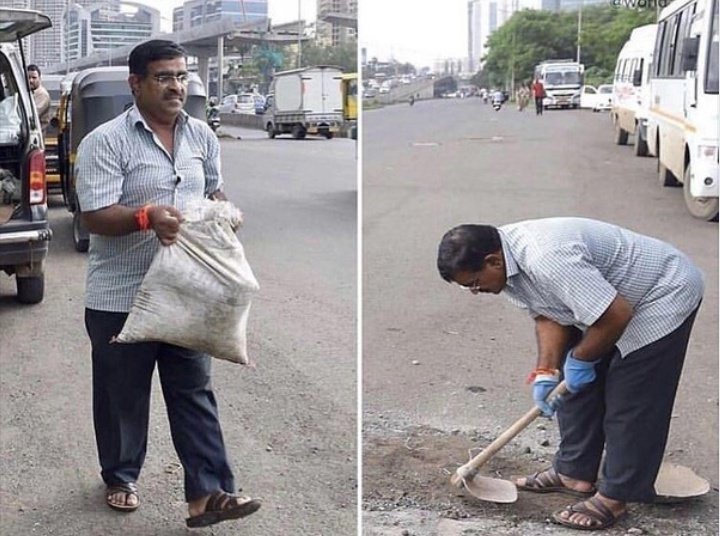 He is grieving through action, he is pained by the thoughts of his son and is not going to allow it to happen to anyone in that neighborhood. I wonder how many people have told him that he is always walking around trying to fix what he isn’t supposed to fix instead of talking about his loss. Maybe, this is the only way which can heal him.

He couldn’t save his boy but he is helping save the lives of other kids. God bless him and may the gentle soul of his son rest in peace.