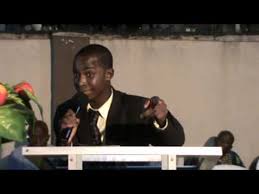 The famous thief on the left-hand side of the cross has spoken from hell where he is now. In giving his narration, pastor Jude said his spirit came out of my physical body as he laid on his bed. He then saw the Lord dressed in a very pure white beautiful garment.

As the Lord grabbed his hand, they began to descend through a tunnel till they arrived in Hell. With what he observed upon entering hell, he said ‘Immediately we entered Hell, I discovered that Hell had enlarged herself and more people were falling into Hell. I could see that the number of people falling into Hell were more than rain drops.’ 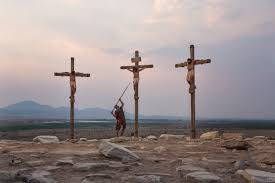 He continued ‘people were just dropping into Hell; and whenever they did, the demons rushed towards them and beat them even as they dragged them to their pits.’

He also narrated how he really perceived the smell or odour of Hell. He said the smell was so great to the extent that you could touch it. He heard a certain man being the thief on the left-hand side of the cross as recorded in the bible, crying for help. 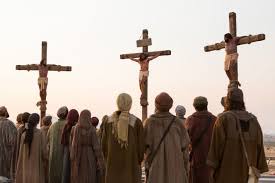 This pushed him to ask Jesus who that man was. When he did, Jesus said unto him ‘that is the thief on the left side of the cross.’ He then asked the Lord why the man was suffering in that way, at which the Lord said ‘when this man was on the cross, I warned him. I spoke to his heart to choose me but he allowed lucifer to enslave his heart.’

He was going through intense torment. The demon that sat on him was heavily heavy. The rod being used to strike his head continuous was a fearful one. His body was full of worms, snakes, scorpions as he lay in the fire. He simply had no rest considering what he was going through.

On the cross, he said if you are the Saviour, save yourself first and then save us. The Lord keeps on revealing mysteries unto us because he knows of what lies ahead. The rate at which people fall into every minute hell is astonishing. 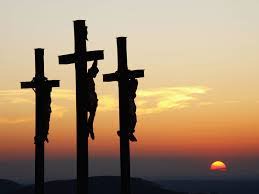 There is a day coming that the grace given to you will be the last. When you misappropriate that grace, the same grace that you are under will condemn you to hell. The thief on the cross is not dead, for he is alive in hell. His body died but he himself did not die because spirits cannot die. He has been in hell for over 2000 years. 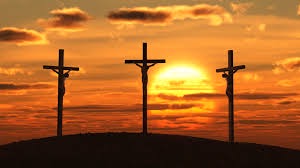 You have the power to make decisions. On a certain day, you will face the effects of the decisions you made. The grace given to the thief on the cross was abused. His pompousness ended the moment he took his last breath on the cross. In hell, you will have no choice but to remember the moments you missed to have gotten salvation.

On the cross, the thief said “if you are the Saviour, save yourself first and then save us,” but now, he is begging for mercy. Brag today, beg tomorrow but it will be too late. There is something called last grace. If you misuse it, it will be terrible.

Don’t forget to click the + Follow button on this page if you are interested in more of such articles. You can watch the video of this testimony here: https://youtu.be/bqge4HT_0gA