By Blind_Justice (self media writer) | 6 months ago 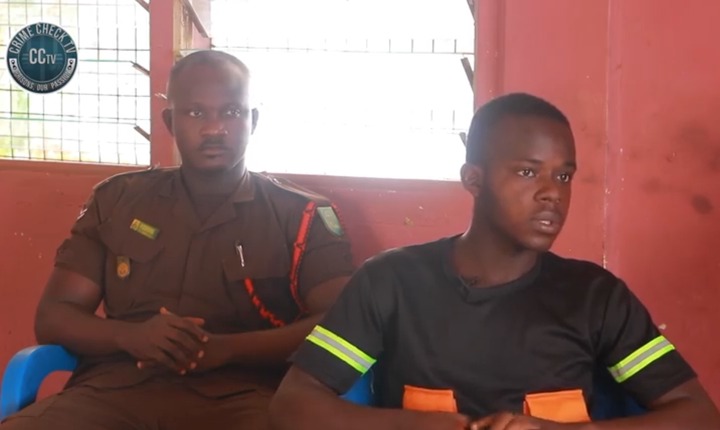 Justice Antwi, 22 years old, is an inmate at the Kumasi Central Prisons. His addiction for marijuana had cost him his appetite and for the past four months in custody, he has not had any perfect meal served at the prisons.

The young man had just completed Senior High School but for some reason joined the elder brother to do some menial job as labourers at a construction site. Antwi indicated that he is a hustler and as such learned how to smoke at an early age at school.

He told Crime Check TV that he became so addicted that food became a disinterest for him. For some violent behaviour that resulted from a misplaced mobile phone, Antwi got arrested and was sentenced to prison.

His stay in the Kumasi Central Prisons has been very discomforting given that he cannot get access to the narcotic substance. This is commonly a withdrawal syndrome with most addicts.

"I don't have the appetite for food because I don't have access to marijuana. I'm addicted to it," Antwi said.

Antwi disclosed that he's trying to adapt to the new life without smoking marijuana. He prayed that his temperament will also be undercheck so he doesn't end up in prison again.

He recounted that his elder brother could have been murdered in that conflict that ensured between them in August 2021. Antwi noted that the marijuana he was smoking altered his perception and emotional control and as such never felt anything for the elder brother whom he hurted.

With his current condition, experts fear he might soon revert to the old deviant behaviour if he is not taken through psychotherapy. Had it not been for the restricted access and control at the Kumasi Prisons, Justice Antwi would have found himself a piece of marijuana among notorious gangs.

It is the prayer if Crime Check TV that he takes on a new leaf and then work towards a brighter future. He is being made aware that he is too young to waste his life on drugs.

Watch more of this story via the link below.

Types Of Fasting You May Not Know And How It Works: Sexual, Absolute And Partial Fasting