Fake kidnapping cases have been rife in Takoradi of late. The Western Regional Capital became the talk of the town when Josephine Penyin Mensah, a supposed pregnant woman, who was allegedly kidnapped, confessed to having staged her kidnapping to win the love and trust of her husband. Subsequently, a series of such unfortunate cases have been reported from the Oil City. The Police in the Region has therefore shown enough commitment to tackling such situations to serve as a deterrent to others. 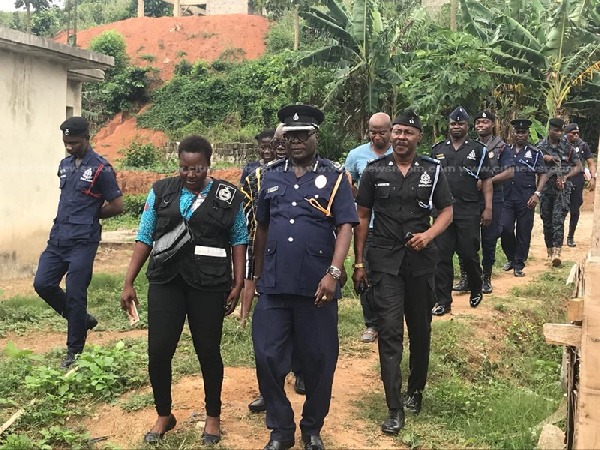 News just in from the Ghana Police Service reports that three persons have been arrested in connection with another fake kidnapping case. In a press release by the Police Service,

Joana Krah, aged 29, Susana Awortwe, aged 27, and Francis Eshun, aged 27 are in the grips of the Takoradi Police for allegedly being involved in the fake kidnapping. According to the press release, Joana conspired with the others to fake her kidnapping on Friday, October 22. Her adopted father was subsequently called for the ransom. Her said adopted father however reported the incident to the police and an intensive search was launched for her. After sensing danger, Joana resurfaced claiming the incident was a prank. A further investigation by the police led to the arrest of the other two accomplices. 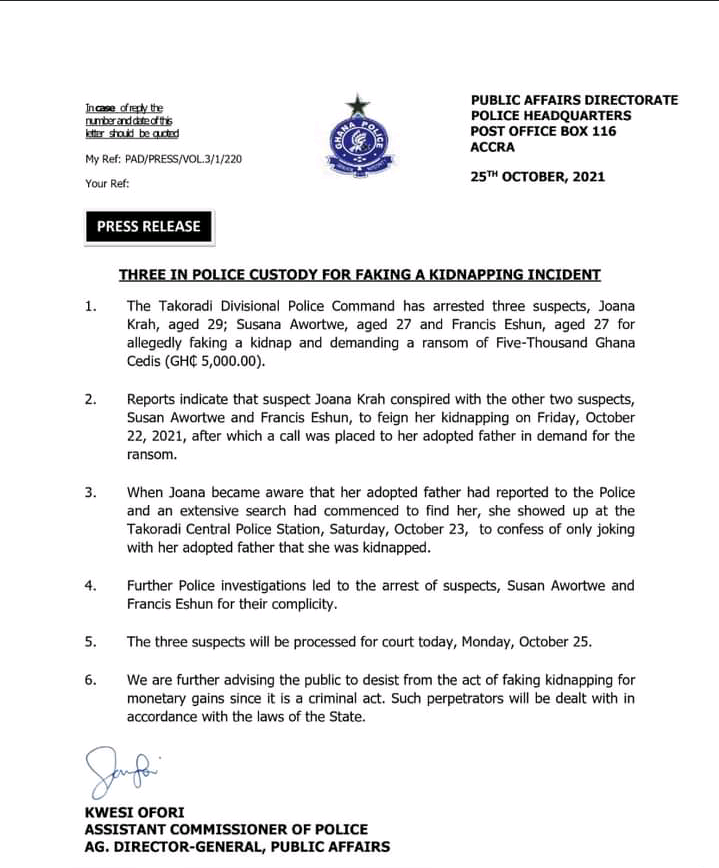 The three who are currently in police custody will be processed for court today, Monday, October, 25. The Police Service cautioned the public to desist from any such acts.