Father Cut Off His Son’s Legs Over Piece Of Land…

By Noble_Eugene (self media writer) | 2 months ago

Nothing in this world is more painful than living without a family, while seeing others enjoying love, care and support from their families.

In today’s article, I bring you the story of a man that was cut by a machete by his father who wanted to kill him and cut off his legs. 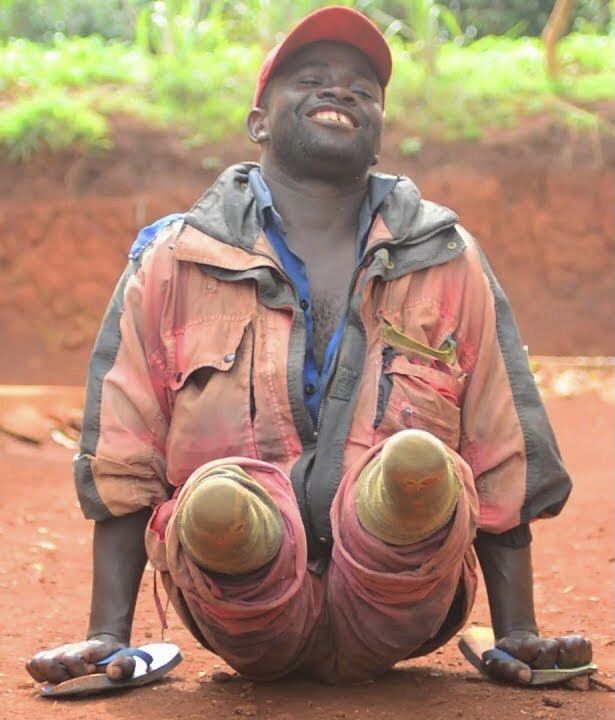 David was not born disabled. However, it is unbelievable that his own father was the one who cut off his legs, with the intentions of killing him. David has spent over 15 years living without his legs. He says the incident in which he lost his legs happened in 2005.

According to David, his father was a cruel man. His mother divorced his father because of his cruelty. His mother left him a piece of land as a property before leaving his father. His father went in for another wife who became David’s stepmother. His new stepmother hated him with passion and maltreated him.

At the age of 18, David had to go and fend for himself, since he was not allowed to use anything in the house including, cups, plates, soaps and other household materials. They told him he had to go and look for his own.

David became a school dropout and worked as his mates attended school. He was able to gather enough money and built a house on the piece of land his mother gave him.

David’s father was furious when he found out that David had built a house on the land. He started sending messages to David to leave the piece of land and vacate the premises but David did not heed to the warnings. They both lived with this misunderstanding between them for quite a long time. Everybody in the community knew they were on loggerheads because of a piece of land.

Time passed by and David refused to do anything concerning what his father had told him about vacating the land, because he knew it that it was his father’s greed as usual.

David got married and his wife got pregnant. When his father found out about the pregnancy, he realized his son was not going to leave the land for him.

His dad paid a group of men to go and beat up his son and threatened him to leave the piece of land. It was unbelievable how his own father was responsible for doing such a thing, but his wife told him not to fight back.

One evening, David heard someone cutting plants outside his house. He decided to go out and check who was doing that. When he got outside, he saw his father holding a big stone in his hand. Upon getting out, his father hit him on the head with the stone and David blacked out. During the blackout, his father used a machete cut of both of David’s legs and injured other body parts. As he aimed at David’s neck, David’s wife came out screaming for help. David’s father got afraid and fled. He was later arrested and proved guilty during his trial and sentenced to jail. 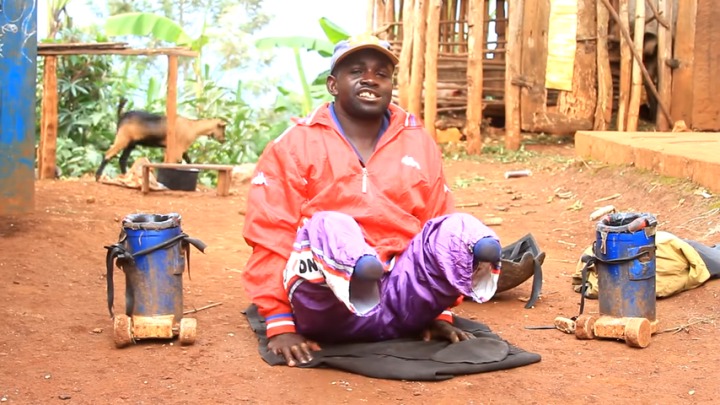 David on the other hand spent 7 months in coma after the incident. After this time, he finally woke up and realized his legs were no more.

Since David could not afford prosthetic legs, he designed a local one for himself and placed wheels to its lower part to aid him move easily. 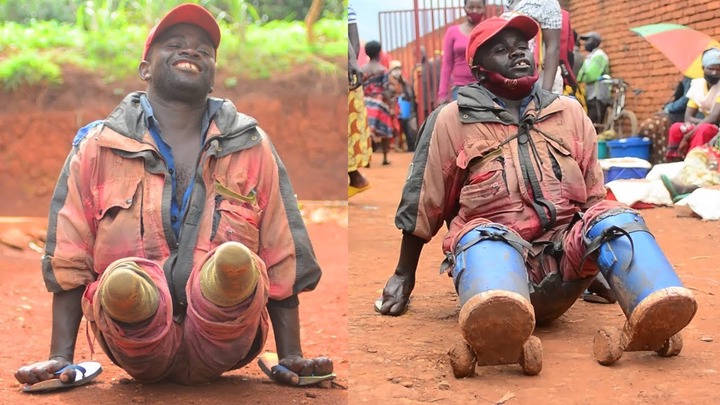