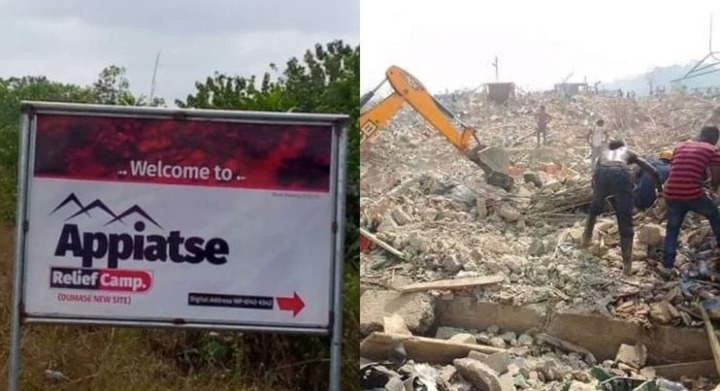 The Minister for Lands and Natural Resources and Member of Parliament for Damango, Hon Samuel Abu Jinapor has assured that the redevelopment of the Appiatse community is smoothly on course.

According to him, a lot of work is being done at the place. He says they had the project in two phases; the first phase has to do with getting a temporary structure for the victims which he says has been done assuring that the people have been settled.

The second phase of the program will deal with getting the victims a permanent structure of which the contractor will be moving to site very soon.

“A lot of work has been done with Appiatse, so much work. Our strategy was to deal with the matter in two phases. First of all was to get temporary structures which are fit for purpose has been done. We acquired a property from FGR Mining Company; we have refurbished it to reasonably habitable status”.

Hon Samuel Jinapor was speaking in an interview on Good Evening Ghana show on Metro TV.

He indicated that the layouts have been done and they are in the process of selecting Consultants for the projects. He added that his Deputy Minister, Hon Benito Owusu Bio has visited the community for more than 20 times since the incident happened early this year.

He continued the Roads and Highways Minister has also visited the community and disclosed that he will be visiting the community himself next week to witness the progress of work.

It must be recalled that a deadly explosion hit the Apiatse community in the Western Region where 13 people were confirmed dead and hundreds injured. About 1000 people were rendered homeless after the entire community had their buildings destroyed.

Hon Samuel Jinapor has reassured that the Appiatse community will be redeveloped as promised by the government.

“Very soon once the layouts are done, the drains are done drainage is done, the houses will begin and God willing we will build a modern Appiatse community, a very modern community to the glory of God and to the glory of President Akufo Addo, there is no doubt about it”, he promised.

“Nana Addo Is Never A Christian; He Has Scammed All The Big Pastors In Ghana” – Oboy Siki (VIDEO)

If You Think Jesus Takes Away The Sins Of The World, You Are Wrong - Pastor Damina, clarifies

How To Use Salt To Break Spiritual Marriages And Avoid Bad Spirits From Sleeping With You At Night.