By Leonard_Writes (self media writer) | 6 months ago

Kumerica is a city in Ghana which was once called Kumasi. Currently, it is called Kumerica officially and not Kumasi. Almost everyone in Ghana is aware of this change in the name. It wasn't changed by the President but by some boys in that city. Let's get started with the main reason why we came here.

Something very unusual has happened that is just giving me sleepless nights. People are just killed anyhow for no sensible reason. I don't really know what's going on in this world. A black foreigner came from his country to Kumerica and almost got lost.

He asked people around for a particular place in Kumerica but nobody was able to understand his language since he was speaking great and massive English and as we know, many people are not educated. I mean they don't know how to speak good English and understand.

He kept on asking but nobody got him. He then met a group of boys and stopped them to ask them. He first started slowly breaking the words down for them to understand. He started saying that he arrived few hours later in Kumasi but now he is lost and needs help to locate a particular place.

Before he could finish a couple of slaps were given to him. They were speaking English but it was broken English so he didn't understand. They questioned him that the way he is black he can't be foreigner and he just went outside Ghana and has now know how to speak English so he wants to spoil their country's name (Authors note- is this an excuse). 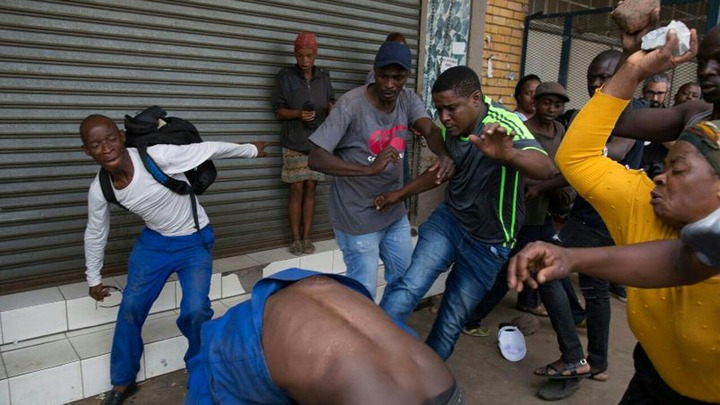 The man was dumbfounded but had to defend himself, he also slapt back one of them and the rest attacked him. They beated him mercilessly, they realised it's their fault and had to act smart so they started shouting thief. People came and contributed in the beating till they beat him to death.

Is this right? Am just dumbfounded, and please the boy's are alleged Kumerican's since it hadn't been proven yet but in their statement it stated clearly that they are Kumerican's.

( NB:- This article or the perception of it is from witnesses who witnessed the incident and some researches from me (the author).

Content created and supplied by: Leonard_Writes (via Opera News )