Meet Aimable - The Man Who Never Gave Up.

Aimable is a 32 years old man, who never gave up despite his struggles through life.

This is his story.

He was a normal child with straight legs, but things went bad when he turned 7. It was a tragedy as that particular day, he went out to play football with children of his age when he accidentally crushed with another child. He fell down but quickly stood up to keep playing, but then he suddenly felt a crack between his legs. At that time he did not take it serious and felt it was normal, but in reality that was actually the end for him. He woke up only to realize that he could not work normal again. The hospital was very far from them and his parents thought it was a normal injury and that with time, he will be fine. 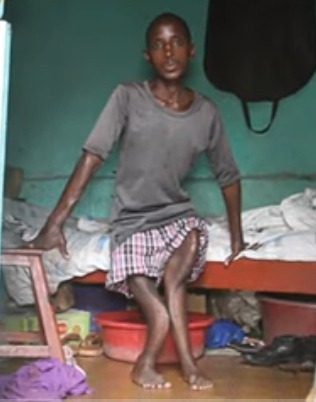 Aimable was however far from fine, his condition only became worse. Eventually he was taken to the hospital where he was given physiotherapy. At the time, only his left leg was damaged, and after spending months in the hospital he finally recovered. Everyone was happy, but this happiness was cut short when his right leg got damaged and within a short period of time, the left leg also followed

Both legs begin to bend on their own. A lot of people in the town believe that his condition is not physical. They strongly believe that there is a spirit behind it. Because of his condition, he was not able to attend school. He could only watch as his other siblings go to school. This has caused him depression. All his educational plans and dreams were lost.

He nearly gave up. 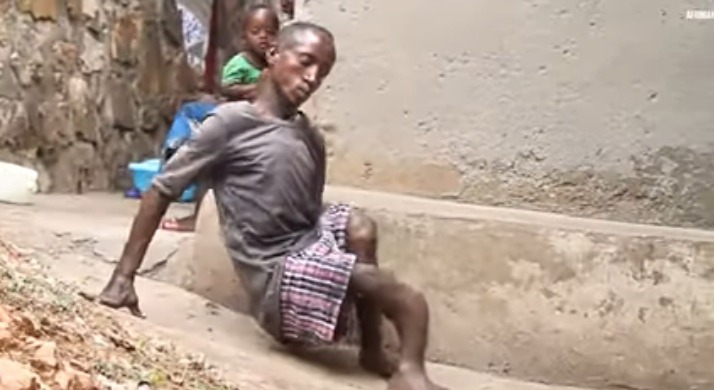 As his legs give up on him, Amiable restores to crawling, as his parents were poor and could not afford a wheelchair. Fortunately, a good Samaritan came along and bought him a wheelchair. Despite all his struggles and pain, Aimable have hope that one day he too will get better. As in life, no situation is permanent, and he will be able to walk normal again.