Four men who engage themselves in gay activities have been caught in Togu in the Northern region. One of them said that he had been into that activity for a long time now but stopped about fine months ago. His partner then came to him wanting to lure BIM back into the act but he refused. As a result of this, the partner pulled out a knife and threatened to kill him if he does not accept to come back into the act. A man passing by saw what was going on and decided to draw closer and find out what was going on.

As he stayed hidden and was listening, he heard one saying that "if I do not love you again, you cannot force me". Because two men were in a fight because of love for each other, he suspected that they were into gay activities. He then took his phone and recorded a video and took it to the palace. After watching the video, the elders and youth of the town were able to locate one of them. When he was brought to the palace of Naa Mahama Alhassan, he told them that he had stopped about five months ago. 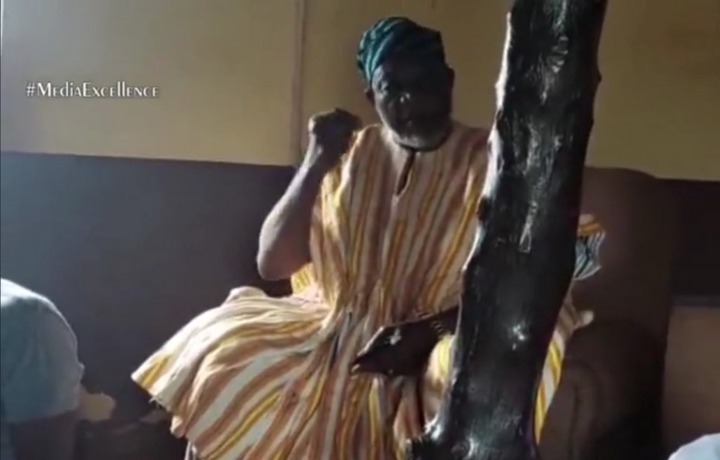 The chiefs then told him to help them bring out all those who are into that activity in the town. That was how they found the other three. The youth in the town after they caught them, almost beat them up mercilessly but the elders intervened. A woman was arrested together with the three men. According to reports, it is the woman who hoes about to find gay partners for the men. After interrogations at the palace, they were taken to the Tamale District Police station last night.

The woman was said to be pregnant so she was made to go home and report to the Police station this morning. Youth Chief of Togu said that these four men and the woman have been saved by the law of the country, else they would have been dealt with according to their customs. However, they have been fined by the chiefs to cleanse the town. He warned all those involved in such activities not to dare bring it to Togu else they will be dealt with.