By @MdkBanahene (self media writer) | 8 months ago 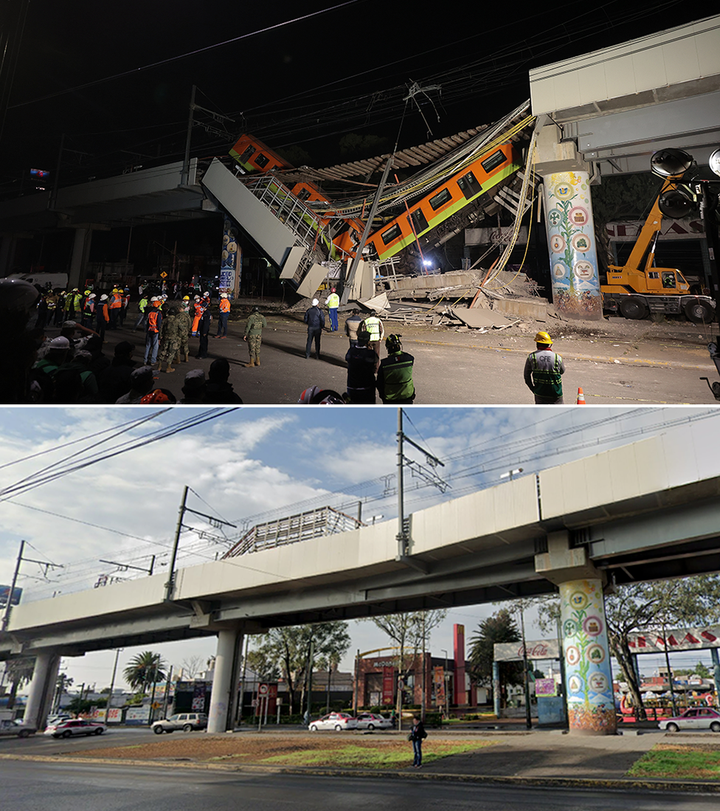 Mexico City's metro system is one of the most used in the world, carrying tens of millions of passengers a week. In North America, only New York's subway carries more people every day.

It's Black and Red to the people of Mexico as one of their major medium of transport which is the Mexico City Metro Overpass, collapsed. A metro overpass has collapsed in Mexico City as a train was travelling over it, killing at least 23 people, including children. 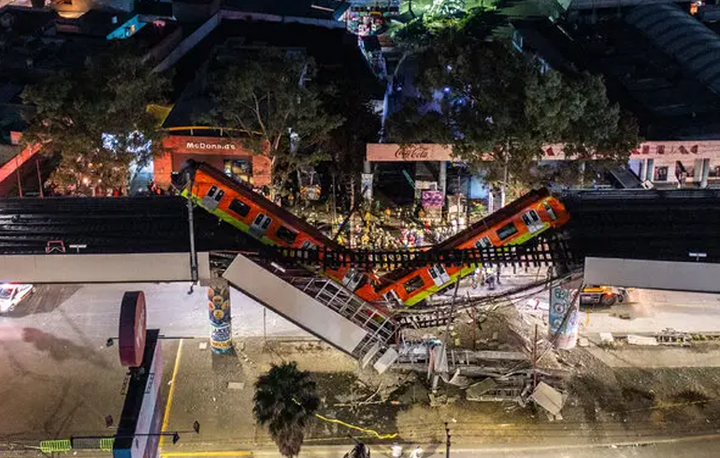 Two train carriages were seen hanging from the structure, above a busy road. 65-70 people were injured as 7 are in a critical condition. One person trapped in a car underneath the wreckage was pulled out alive. 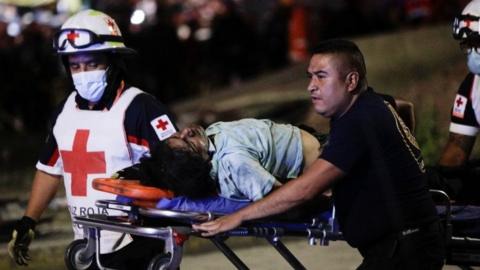 This is the deadliest incident in decades in the city’s metro system, one of the busiest in the world. The crash happened at around 22:00 local time on Monday (03:00 GMT) near the Olivos station on the metro’s Line 12, in the south-east of the city.

The Mexico City mayor Claudia Sheinbuam speaking at the scene says Investigation is in progress to find out the actual caused. Reports from Residents indicate that, cracks were recorded in the Overpass back in 2017 due to Earthquake but maintenance were made on it so it's believed that, may be poor maintenance on it Iead to the incident.

Let's remember those in critical conditions in prayers for speedy recovery.