At least one person is killed and 20 people are injured after the Medusa Music Festival stage collapses in Valencia, Spain.

According to regional emergency services, one person was killed and dozens were injured after high winds caused a portion of a stage at a dance music festival near the Spanish city of Valencia to collapse.

Wind gusts also damaged other infrastructure at the Medusa Festival, a six-day electronic music festival held in the east-coast town of Cullera, south of Valencia.

According to regional emergency services, three of the injured people had serious trauma injuries and 14 had minor injuries.

"We are completely devastated and saddened by what happened this morning," festival organizers said in a Facebook post. 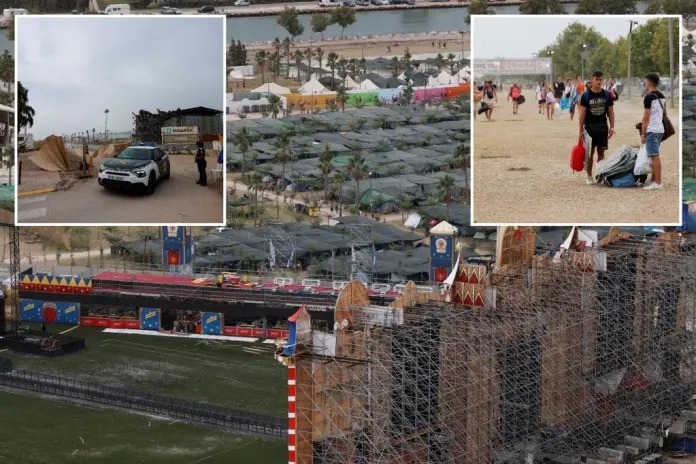 They claimed that "extraordinary" weather conditions had damaged various infrastructures on the festival grounds.

At around 4 a.m., unexpected and violently strong winds destroyed certain areas of the festival, forcing management to make the immediate decision to vacate the concert area to ensure the safety of attendees, workers, and artists, festival organizers said.

They announced that the festival would be canceled.

TVE showed images of strong gusts of wind slamming against people's tents in the middle of the night.

"We are shocked because we were only 30 meters away [from the stage]," said Jesus Carretero, who attended the festival with his brother.

During the night, there were "strong gusts of wind and a sudden rise in temperatures," according to AEMET, with gusts of up to 82 kph recorded at Alicante airport in the Valencia region.