The Driver of the Salon car died on the spot with his remains stacked in his car, it took the intervention of some police officers stationed at Ponyentanga Barrier where the issue occured to remove parts of his body from the car which is ash in color. 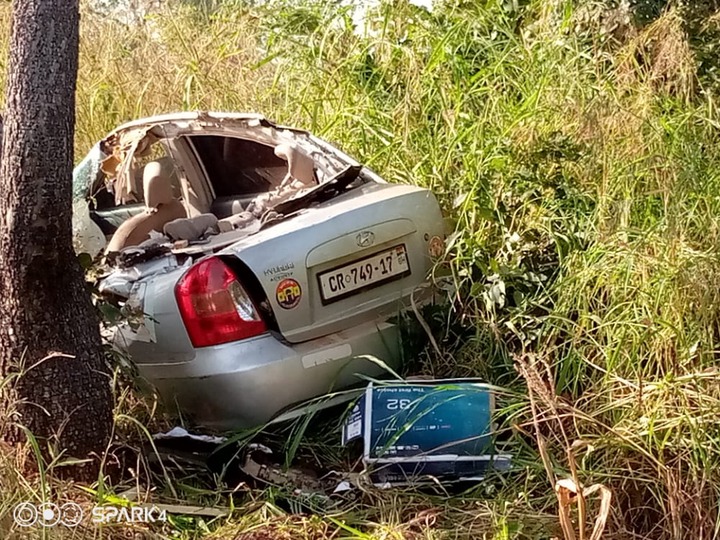 The Body which was damaged beyond recognition was sent to the Wa Mogue for keeps though one couldn't easily identify the body. Efforts were put in place by the police to get his I.d card in order to trace his relatives but all to no avail. 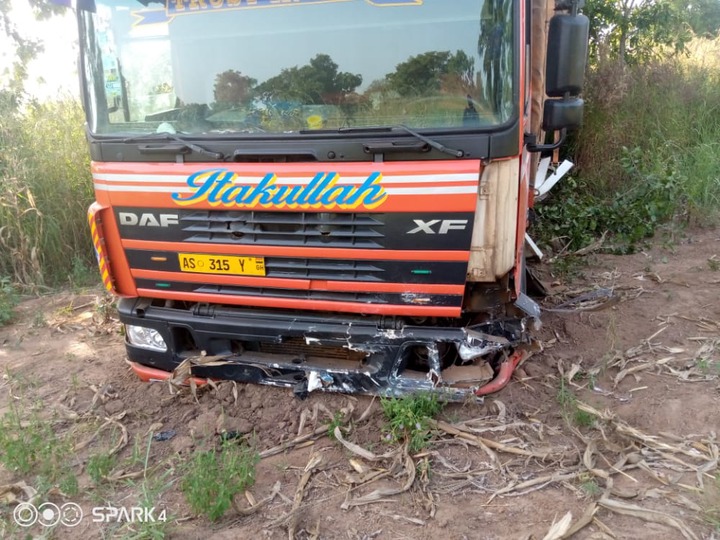 Some items in his car include 6 mini cylinders and some number of plasma 32 inch LED television sets which were damaged as well.

Driver of the long vehicle also dodged in an attempt to escape the crush but ended up the the bush.

This is the Second Accident involving people of Upper West Within the Week, few days ago, a VIP bus from Lawra to Kumasi had been raised by fire and destroyed properties with some 30 people losing their lives in the fire outbreak within the bus, they attempted getting down but the development didn't yield results. 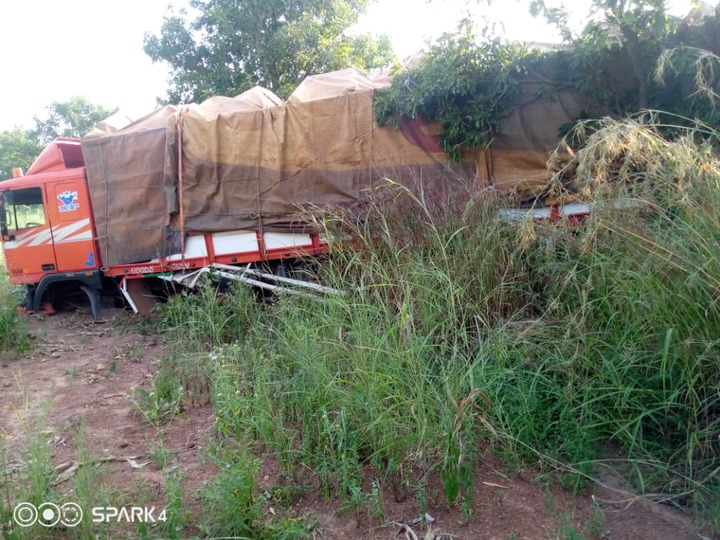 The President of the Republic of Ghana, H.E Nana Addo Dankwa Akufo-Addo had written a condolence Message to the families of those victims who lost their lives in the Akumadan District.

" I have learnt with considerable sadness of the tragic accident, at Akomadan, that has claimed the lives of some 30 people in the early hours of this morning. I extend my condolences to families of the deceased and wish the injured a speedy recovery."

Some Eyewitnesses at the Scene Stated that the Driver must have been so tired that h slept off.