Difficult Times: Two Adults Shot Dead In Just One Weekend – What Is Happening? 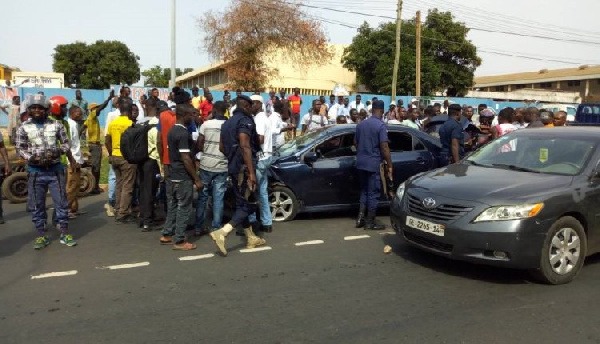 The rate of strange deaths in the country recently has been described by many as surprising. Almost every week, Ghana records sad news of people either committing suicide or being killed in rather bizarre circumstances.

Nobody has been able to tell what is actually happening in the country. Young people have been committing suicide with adults being shot by unknown assailants.

The past weekend has not been good for the country as two adults, including a uniformed security officer and a headteacher were shot dead in different locations.

Most Ghanaians are still finding avenues to come in terms of how those deaths occurred. The two included a military officer who is alleged to have been shot dead by armed robbers in the Eastern Region and a headteacher who was also shot dead by unknown assailants in the Central Region.

In the instance of the Military officer, he is reported to have been shot in the Pru East District of the Bono East Region on Friday, May 21, 2021, on the main Kintampo –Prang road.

The deceased who is said to be in his early 40s reportedly bounced into the armed robbery gang whilst returning from his hometown in Yeji. His name has been given as Sergeant Odei Job Kwame.

The second sad incident that happened on the same weekend involves another adult who is a headteacher in the central region of Ghana.

The headteacher, according to reports had returned from a training program as part of the housing and population census.

The name of the deceased is Eyifa Gorman who is also known as Dr. Sting.

Highways robbers have since the beginning of the year invaded the various roads to rob passengers of their valuables.

It seems the security presence on the highways is very minimal providing the chance for these armed robbers to have their way through.

It is about time the Inspector General of police and other security heads in the country stand up to the task and ensure improved security on the roads.

Some of these assailants have been carrying out their activities with impunity because similar murderers have not been apprehended.

Let’s wake up as a country and curb these menace to save our country from bad people who hide behind guns to commit crimes.