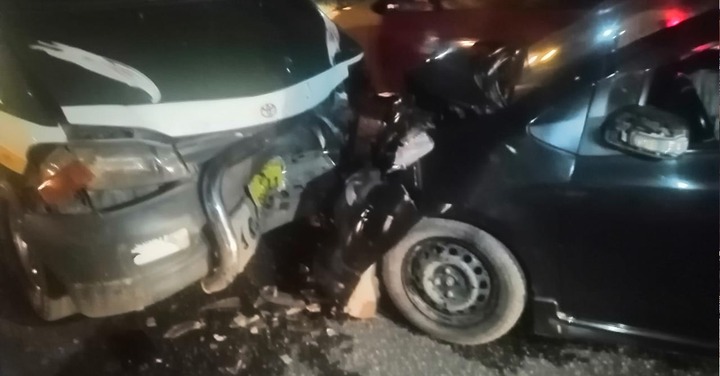 The fight against road accidents has been a very dicey one. Just as the country believes the fight is being won, then something happens. The past few weeks have seen some serious roads accidents claiming many lives with others sustaining various degrees of injuries. Education about how to reduce or end road accidents are always being trumpeted but it seems the situation is not getting any better.

The Motor Transport and Traffic Directorate of the Ghana Police Service has revealed that more than two thousand persons have died through road accidents in 2021 only. The vehicles involved and those who have become disabled aside from these numbers are heartbreaking. Just as the country is still adopting measures to end the canker, another serious accident has happened in Takoradi on the evening of Thursday, October 14 2012. 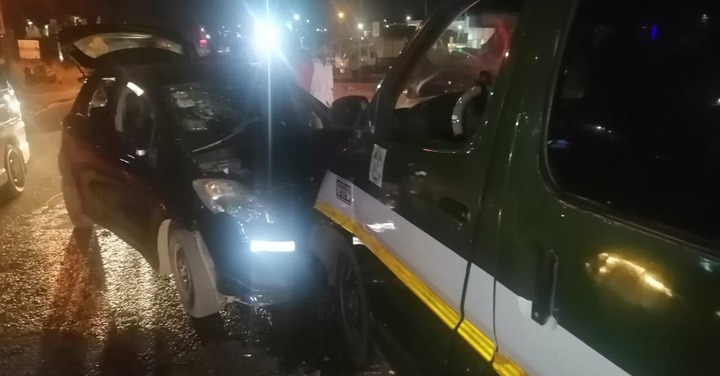 The Fijai to Takoradi stretch has different intersections and this makes the place very busy during the rush hours. A trotro vehicle with registration number, GS 3882-11 had loaded passengers from Takoradi and was heading towards Kojokrom whilst a black Toyota Vits private car with registration number, WR 2125-21 being used as bolt transport had onboard two passengers.

Two immigration officers had ordered the bolt and they were heading towards Takoradi when the accident occurred. The Vits, unfortunately, moved from its lane and had a head-on collision with the Trotro vehicle. The bonnet of Vits damaged to the extent that the airbags were forced out whilst the engine side of the trotro was seriously damaged. 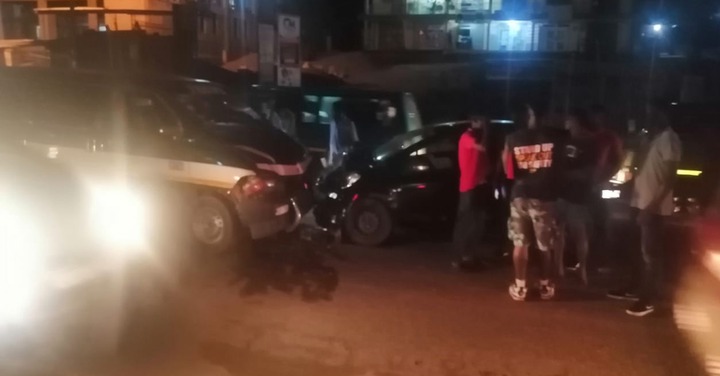 Fortunately, the two immigration officers who were in the vehicle sustained minor injuries and were rushed to the Effiankwanta Regional Hospital for treatment. The two drivers and other passengers were fortunately not hurt. The Western Region Commander of the Motor Traffic and Transport Unit of the Ghana Police Service, Chief Superintendent Mr. Isaac Sorkpah quickly deployed some men to the scene to ensure traffic is controlled and the two vehicles were subsequently towed from the road to ensure free flow of traffic. 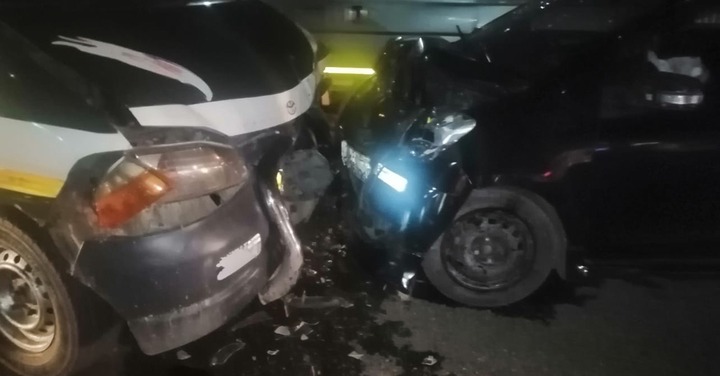 It is good news that all the passengers including the two immigration officers were left unhurt but drivers must be extra cautious whilst on the road. Most of the road accidents, according to the National Road Safety Commission and the Police are caused by the recklessness of some drivers. This can be avoided if drivers abide by all the road traffic rules.