Not everyone abandons their animal and not every farmer is careless of their farm animals, so if by mistake, you knock down an animal, the common sense to do is to stop and look for the owner and settle them. Running after murdering a farm animal is just plain wickedness and I cannot forgive a wicked man who does not think about the welfare of others; Kasiim Buadi, the grieving farmer said in anger as he got his statement written at the Barekese Police station this morning. 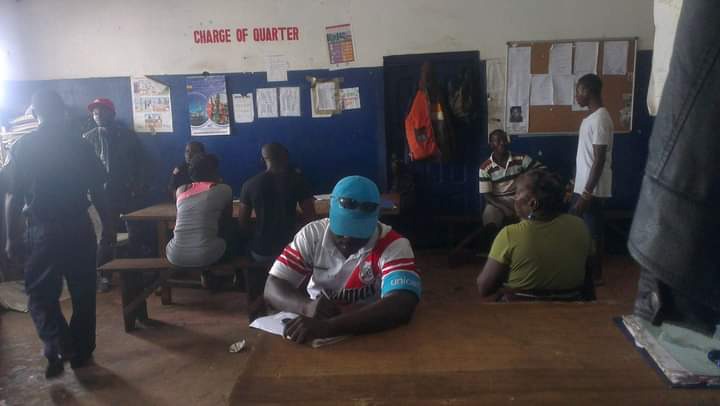 Kasiim, from his statement to the police, accused an unknown driver of deliberately hitting his farm animal and driving away without stopping. On the Kumasi to Sunyani road, before the Berekese coca-cola depot, was where a big giant road sign is situated at. On the road sign, are the words; Slow Down, Animals Crossing 50m Ahead, but drivers always ignore the sign and speed on since there ain't any speed ramps on the road forcing drivers to slow down.

Exactly 51metres away from the road sign is where Kassim's farm animals compromising of Sheep, Goats, Cows and chicken is. From the road to Kassim's Oyereh Farms, is a quarter-mile walk, approximately 5 minutes of walking. Kassim through the district assembly was given the go-ahead in 2017 to mark the area animal zone because of his farms, and he went further to secure permit from the Ghana Highways authorities to make a zebra crossing for the animals to cross the road wherever they are been taken out to feed.

The same area Kasiim has been crossing the animals for over four years now was the same place Kasiim stood this morning to cross his new breed of farm animals; Doe Goats. The goats, twenty-two in number, were crossing the road when the last one took long. An unidentified sprinter driver coming from Sunyani to Kumasi did not slow down after seeing the road sign 50metres away and kept on with his speed. 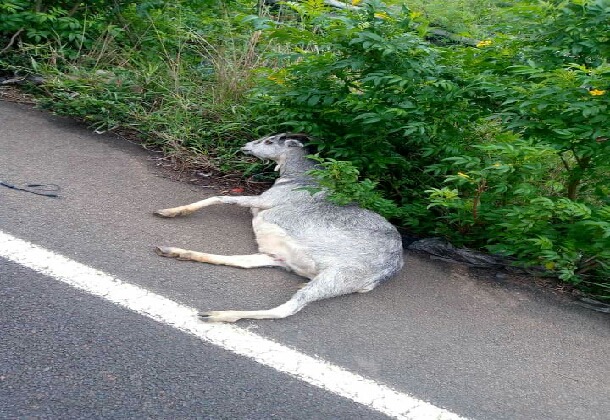 The driver knocked down the pregnant Doe Goat which is expected to deliver three kid goats by next week and drove away without stopping. Kassim according to him, would have settled it with the driver amicably. But the failure of the driver to stop showed signs of deliberate action and wickedness which he can't allow passing without teaching the driver that, it is never ok to hit an animal.

These Doe Goats are breeders and very expensive. One of these animals can give birth to about sixty to eighty animals before retiring so killing one is about destroying over 10,000cedis of investment. One Goat is sold for nine hundred cedis and can give birth to a minimum of 50 goat kids. Now if am selling one mature goat from the doe goat for 200cedis, the 50 goats will give me not less than 10,000cedis, Kasiim said in defence to use the traditional method to settle his case if the driver is not found. 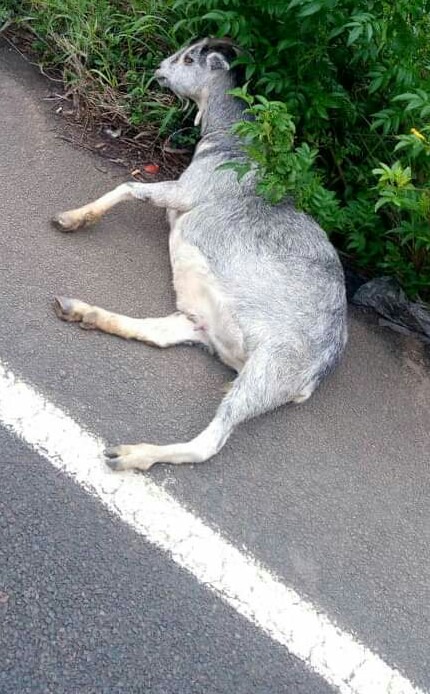 I will curse the driver till his death, if he doesn't come forward for deliberately killing my animal, Kasiim threatened before leaving the Barekese police station after making his complaint.