By Big_Times (self media writer) | 4 months ago

A woman of 32 years old has died under Caesarean Session after in an ambulance after his husband's inability to pay patrol fees of the ambulance at Child Catholic Hospital in Fijai. 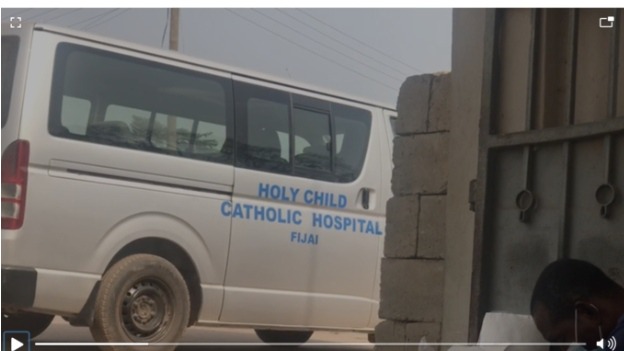 According to star fm, the ambulance was to transfer the pregnant woman to Korle Bu Teaching Hospital in Accra due to her severe conditions.

John Obiri-Yeboah, the husband of the deceased narrating the incident to Empire News indicated that his wife had reported to the hospital on January 3 expecting to give birth on the Tuesday January 4, 2022. He said after leaving his wife in the care of her sister at the hospital he left for his house at Shama Junction.

The husband, called Mr. John Obiri-Yeboah explained the story to Empire News saying his wife was suppose to give birth on 4th January, 2022 after her pregnancy reported to the hospital so he left her wife at the in the care of his sister.

As the husband continue explaining issue, the ambulance team called and picked him at his location at "Shama" Junction. He said after joining the ambulance to "Korle-Bu", upon reaching "Assorkor Essaman", ”they asked for 600 cedis to buy fuel, and I told them I don’t have such an amount on me.”

He told the ambulance team to refilled the ambulance and add it to her wife hospital bill. The team refused and stopped the ambulance at Assorkor Essaman. Later, he provided ghc50 to purchase small fuel. On their way to "Korle-Bu", the team alert him about the growing critical condition of her wife and they decided to go to nearest hospital which in Cape Coast.

He says upon reaching the Cape Coast Teaching hospital, even before his wife could be sent in for the said medical intervention, one of the personnel from the ambulance team informed him that his wife had died.

Content created and supplied by: Big_Times (via Opera News )