During the burial, everything was ok. Nothing was suspicious though she do run from her seat from time to time to check on the body as it lay in the open for people to file past it. That was the only time she do show some unusual traits but we took it for normal as every widow will do after the demise of her husband. She had from the first day my father died, shown symptoms of depression but I never took it seriously because we it was normal as the burial and laying in state process. 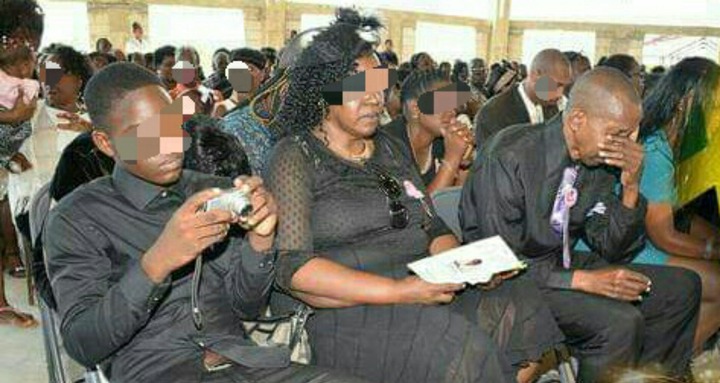 My father had been so close to her and that gave her so many memories after his death on July 19. The memories just like every sorrowful memory, should have died as time passed, but they weren't the case as she kept from time to time, to show us a jovial aspect of her.

Her jokes made as thought she was recovering from her loss but least we knew, was the beginning of a mental disorder, Berlinda Dwamenah, the daughter of the victim, Rose Dwamenah said after her mother was rescued from her mental disorders. Berlinda and her younger siblings, had not taken it seriously when their mother started showing symptoms of depression which lead to her breaking away from the house on 26 November. She has never experienced this before, and neither do we have mental history in our family, Berlinda broke down in tears. 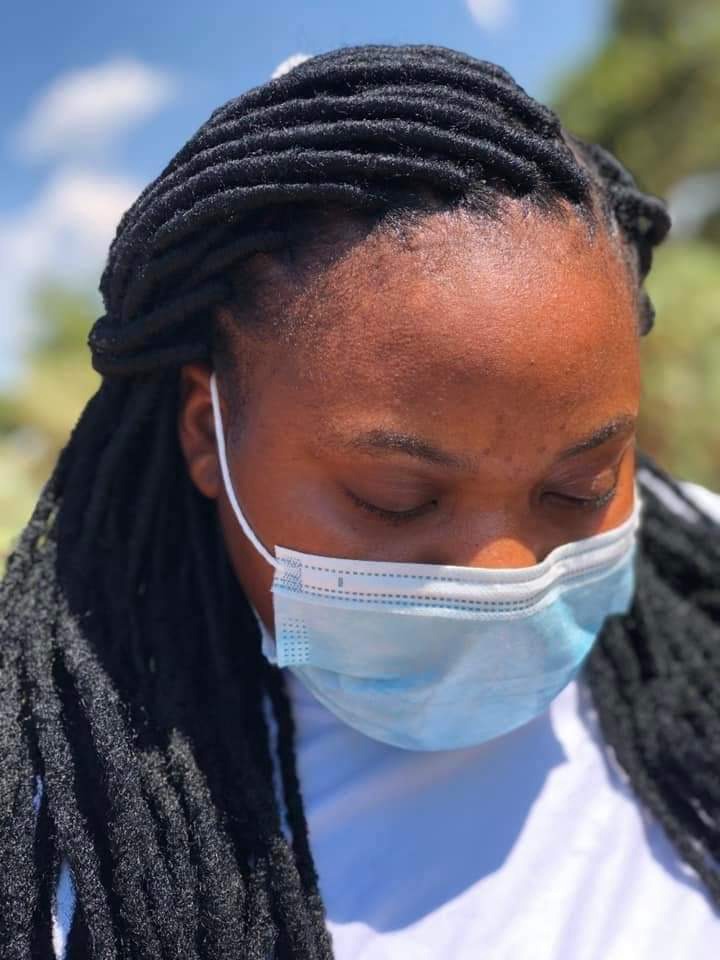 Rose, the mother of three children, was home on 19 July when a caller caused her great pain by plainly announcing the death of her accident. Harry Afful Dwamenah, the husband of Rose Dwamenah was standing on the roadside, taking instructions from his wife Rose to a store to make a purchase when a car crashed him to death on 19 July.

Hello, Papa! Papa!! Rose kept shouting from the phone when the husband lay on the asphalt dead after the accident. One of the eyewitnesses on the scene of the accident that day, took the phone and responded to Rose with the untimely news of her husband's departure. That was the beginning of her mental disorders, doctors at Koforidua hospital confirmed to Berlinda and her siblings.

Rose after the call and news of her husband's death on 19 July, started behaving strangely but it was all deemed as normal by the family and her children, looking at the nature her husband passed away. The family did little to connect her to a hospital for checks as they saw her actions to be funny sometimes.

We never thought she was going mad. She will sometimes pick an iron and will iron the curtains while they hang on the wall. She will respond, I can see saw animals like insects so I am using the iron to kill them. It was a normal response to us nost often and will even joke while she does it. The least we knew was the beginning of her woes. We thought it was a joke, Berlinda cried.

Rose, the widow mourning her husband after his burial on Saturday 20 November, broke out of the house on Friday 26 November. She was traced to several ungodly and unclean areas but will run away, when the people made attempts to catch her until Sunday 5 December, when her daughter Berlinda, together with the help of others, surrounded and captured her with force. 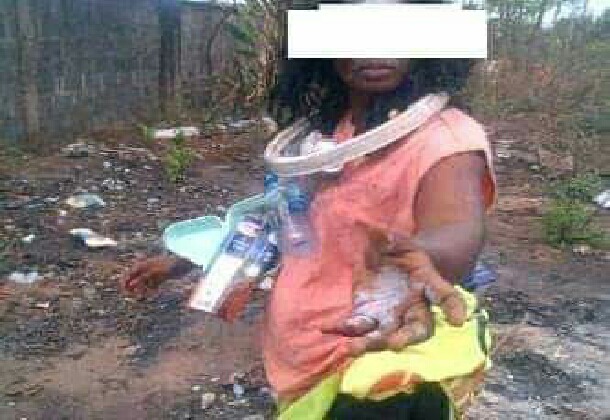 She has been taken to the Koforidua hospital where doctors are treating her of clinical depression which they believe is the cause of her mental unstableness.