By RockyJDJones (self media writer) | 19 days ago

Micah Atta Aboagye, the twin brother of the deceased, Mason Atta Aboagye, would have not bolted away if he had no hands in his twin brothers death, their grandmother, Obaapanin Aboagyewaa Comfort told Nsawam Dobro police officers this morning. Mason, the eldest of the twins; born on the same day but minutes before Micah's birth, is the one found of making noise every morning with his stereos as a siren to wake the entire family up every morning. He is the one been used as alarm by many in the family as his routine 5 am reggae music from his stereos can shake the eight-bedroom compound house for an unborn baby to even wake his mother up, the grandmother Comfort added. 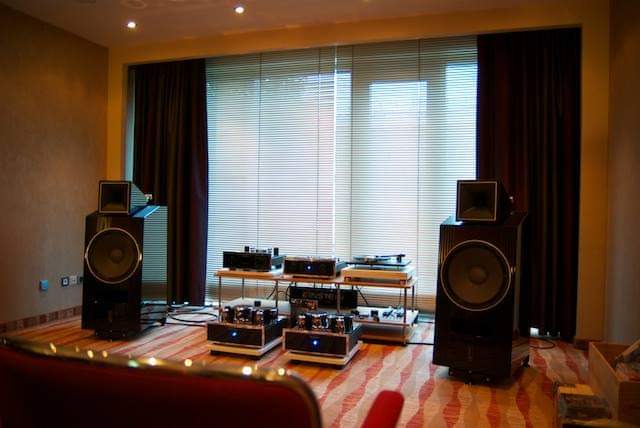 Mason, the family's alarm clock, was not heard this morning as his absence of dawn reggae music got noticed by most of the family members. Seth Emmanuel, Mason's uncle, alerted Obaapain comfort Aboagyewaa when he was leaving the house at six in the morning for work. Mason didn't wake us up this morning, what is wrong with him, Seth asked his mother as he got ready to leave the house. Seth further knocked on Mason's door three times before leaving the house, when his knocking wasn't answered. He must have been taken away by the chilled rainy weather, the grandmother said.

It was over seven in the morning and Mason was still not heard. That wasn't like him, Obaapanin Comfort said before instructing one of the children to wake him up. He slept early last night, keep knocking on the door, the old woman kept pushing for Mason to open his door after several tenants volunteered in calling his name out of the room. 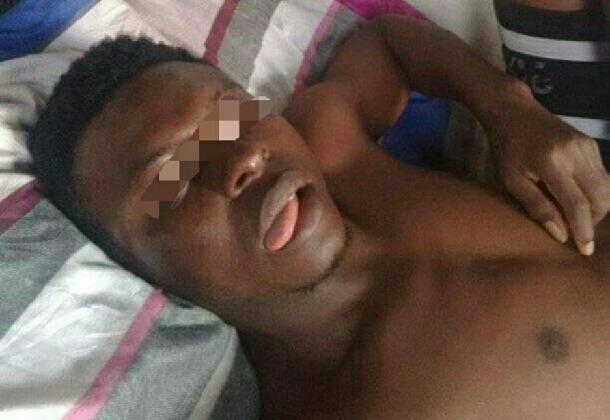 The doors to the room were broken after fifty minutes of no response from Mason, and that was the time they found out the young man has been murdered. His tongue flashing out of his mouth gave impressions of someone choking him to death. Micah, the next-door neighbour of his twin brother Mason Atta Aboagye, was nowhere to be found after they broke his doors to also check ok him when he also kept unresponsive to knockings.

After several calls to get Micah, it has been confirmed he has taken to his heels after allegedly taking his brother's life over stereos. The stereos which Mason uses, was said to have been bought with some money their parents sent to them from Australia. Mason is said to have added some to his money to purchase a bigger stereo set to replace his old stereos, but the brother Micah argued Mason had cheated him in the sharing of the money since that wasn't what their mother promised them.

Micah threatened his twin brother on 29 September that, if he fails to give him the full amount of what their mother sent from Sydney, he will teach him a lesson. You wait and see if you will enjoy the stereos, Micah threatened his brother according to their grandmother. He told him to wait and see if he can enjoy the sound of his cheating and I even came in to make him apologise over that words, Obaapanin Confort Aboagye said to the police before taking the body away. 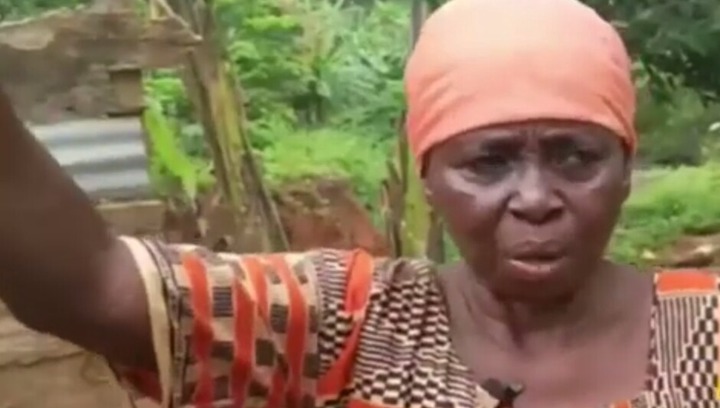 Micah is the prime suspect in his brother's death and he is the only family member missing from the Dobro Asakyiri family after his twin brother was murdered this morning. Police are still investigating the cause of death and if Micah Atta Aboagye is the only one that could have taken his brother's life or other people are behind it.