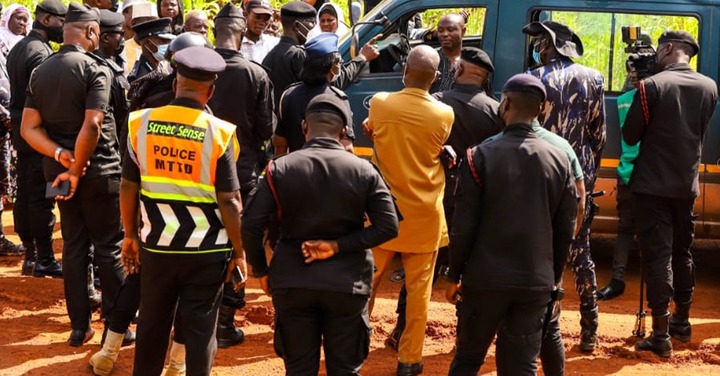 At a point when the entire country has been praising COP George Akuffo Dampare and his men for working hard to reduce crime and its related activities in the country, another serious armed robbery incident has been recorded in the Greater Accra Region of Ghana. The daylight robbery happened at Apenkwa.

Fortunately, nobody died from the scene even though there were gunshots. The armed robbers who were three in number were apparently tracing their victim who had an amount of 29, 000 Ghana Cedis on her. The thirty-three-year-old woman had moved from the bank with the money when the armed robbers attacked her at gunpoint and bolted with the cash leaving her unhurt.

A bystander who had nothing to do with the incident is reported to have been shot and sustained injuries. He is currently receiving treatment. It beat imagination how these armed robbers were able to detect that the woman was going to the bank to withdraw such an amount of money. Someone closer might have tipped the armed robbers to act. 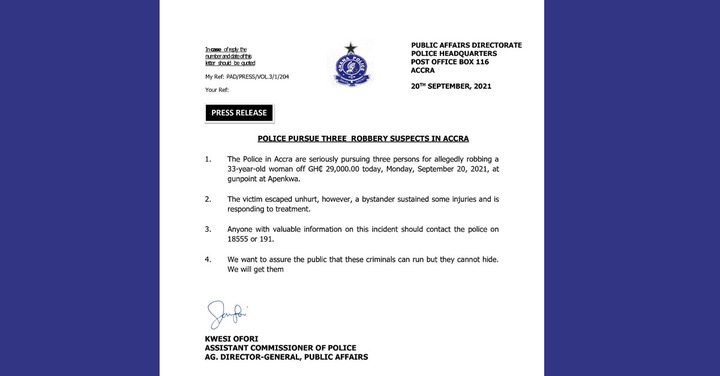 The armed robbery gang left the scene without trace but the police have started vigorous investigations to bring track down. There is no mercy for the wicked man and the COP George Akuffo Dampare Police Command has expressed their willingness to get them arrested as soon as possible to enable the laws of the country to deal with them.

They have signaled that the armed robbers have all the opportunity in this world to run but they cannot hide whilst the police administration is deploying all their tactics. This has created fresh trouble for the armed robbers because the police have told the public to also be on standby to fish out anyone with strange behavior in their vicinities. 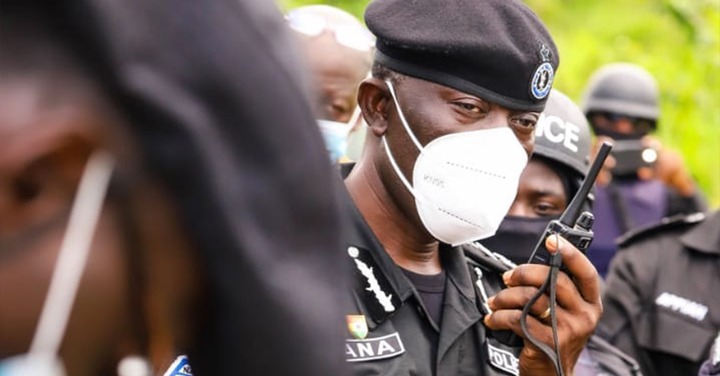 We can trust the COP George Akuffo Dampare police administration to ensure that persons who involve themselves in one crime or the other will be arrested in no time. The intelligence level being exhibited by the administration in the country recently is making it difficult for the armed robbers to operate. Residents in the country are being advised to ensure bank transactions are made safe without any form of communication to a third party. Mobile banking can as well be considered in this modern age. But the ‘wicked’ armed robbers are in serious trouble once the police have signaled that they will be arrested.