Tragic Death: Painful Story Of How A Girl Was Allegedly Strangled To Death By Her Nanny

There is a Tragic story that has virtually gone viral across all social media platforms, where a young girl has died after her Nanny allegedly strangled her to death. 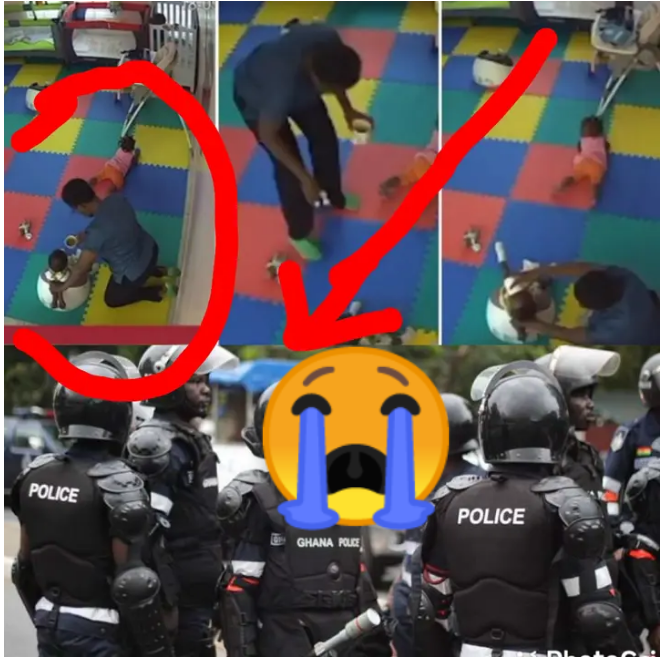 According to the information gathered by the source, the Nanny whose name was given as "Clara Ayani Ampa" cried out while she was being questioned by the Police, where stated that she did not kill the 11 months old baby.

It was reported that a CCTV camera captured "Clara Ayani Ampa" strangling the hands of the young girl at her back, and choking her with a substance believed to be a "porridge in a cup".

Furthermore, the parents of the 11-months-old baby who reported the matter to the Police in Accra, also disclosed the copies of the CCTV video to Clarify their allegations.

Speaking to the media, "DSP Afia Tenge" of the Accra Police Command While confirming the incident stated that, the police will ensure that Justice is being served adequately if the the Nanny is found guilty.

In her statement she said:

"The Police have already taken the body of the 11-year-old baby for an Autopsy to be conducted, in order to ascertain the cause of her death. And if the Nanny is found guilty, the Police will ensure that Justice is being served", "DSP Afia Tenge" Said.

Meanwhile, the Police handcuffed the Nanny and bundled her into the cells as investigation is being carried out.