Why Is the Other Suspect Walking Freely- Josephine’s In-law Asks Police? 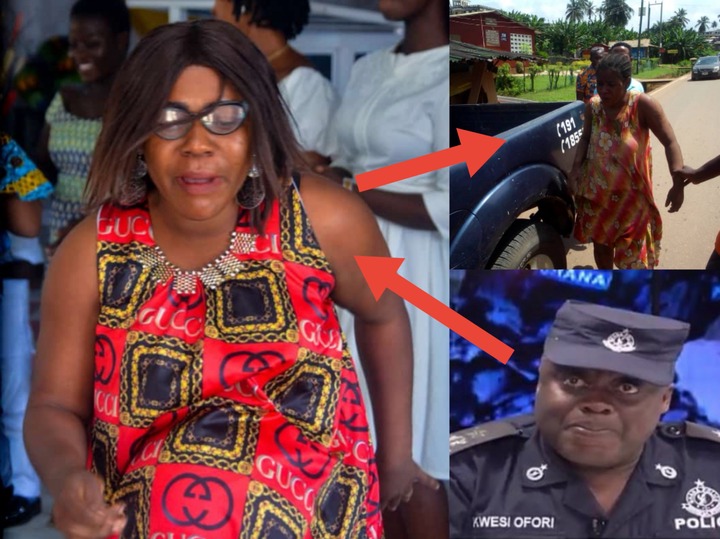 The Ghana Police Service has been accused of being biased towards Josephine Panyin Simson, the prime suspect in the latest Takoradi kidnapping saga. A brother-in-law of the suspect, Edward Simson says the police is being unduly harsh towards Josephine and suspects some prejudices against her.

Edward in an interview with Neat FM indicated that another suspect is walking freely and wonder why the Police have not detained that person too. He mentioned that the Police impressed Ghanaians that the prime suspect conspired with the mother to stage her kidnapping and even to an extent fake her pregnancy which allegedly was aborted.

He questioned the detention of Josephine Panyin Simson by the police and the subsequent release of the mother who was initially accused of abetting the supposed crime. According to Edward Simson things aren’t adding up and prayed that the Police answers the issues he had raised.

“Why has the police not granting the woman who is already traumatized a bail? Why is the mother of Josephine who is considered a suspect walking freely? They are now claiming that my brother is a victim and not a suspect. This is a matter of concern to us,” he lamented.

Edward continued that the police over the weekend assured the family that Josephine would be granted bail while investigations proceed, only to return on Sunday to learn that the bail has been denied. He emphasized that how the case is being handled is unfair and highly suspicious.

“The police promised to grant her bail the day they took her statement. They promised us to come yesterday and process the bail but we got there and were informed the case will be tried in court today so they cannot grant her bail, so we should bring her some clothes to change.”

Reacting to the police’s report that his in-law had confessed to faking the pregnancy and kidnapping, Edward Simson said until the family gets to hear from Josephine herself, they will not treat that information as truth.

“We haven’t heard that from Josephine. As it stands it is just the Police reporting that her pregnancy was fake. Until we hear from Josephine herself, we have some reservations about that claim.”

At the Takoradi Harbour Circuit Court A, this morning, Josephine Panyin Simson pleaded not guilty to her charges of deceiving public officers, and publication of false news with intent to cause fear and panic.