By Nathfun (self media writer) | 10 months ago

A suspected robber was in the early hours of Tuesday January 5, 2021 gunned down along the Bolga-Tamale highway by Police in Bolgatanga in the Upper East Region. 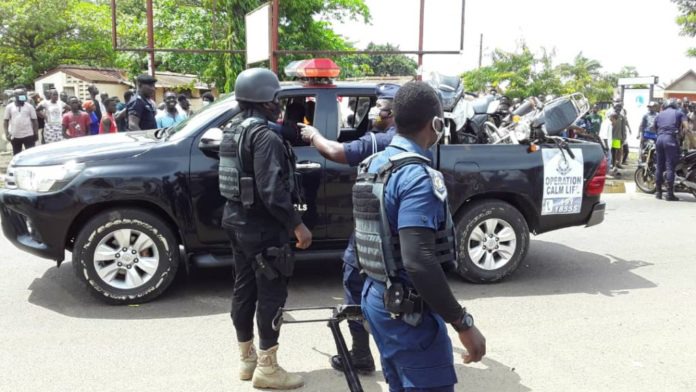 Two others were arrested in the process. The robbers according to the account of the police had succeeded in robbing the driver of a truck loaded with goods from Tema and his assistant of cash and other valuables and proceeded to carry out another operation. This time around, they accosted a tricycle rider. But luck eluded them as police got wind of their operation and immediately responded.

“On Tuesday at about 2:00am, we had information that there was an ongoing robbery at a place near Frimps oil on the Bolga- Tamale major highway and upon receipt of the information, personnel from the motorbike patrol of the Upper East Regional counter terrorism unit were detailed to ensure they prevent the robbery from going on. In doing so, when they got to the seen, the suspected robbers on seeing police, turned their fire on them and the police had to respond and in the course of that one of the suspected robbers fell and two were arrested and investigation is still ongoing to arrest more” he said.

ASP Fianko Okyere however, appealed to herbalists, hospitals and residents to be on the lookout for suspicious characters with possible gunshot wounds and alert the police for the appropriate action to be taken.

In a related development, three persons have been reported dead in Yelwongo a neighboring community after gun welding men stormed a market in the area in a rambo style.

Content created and supplied by: Nathfun (via Opera News )