The issue of LGBTQI seems to be getting out of hands. As Ghana prepares to criminalise the already illegal act, more people continue to identify themselves with the menace either by action or words.

Very recently, a teacher in the North East region was arrested for sodomising 19 pupils. The case is yet to be taken to court in spite of the glaring testimonies by the victims.

In the Bono region, a man who was alleged to be gay was arrested and taken to the chief palace when he tried to sodomise a boy. To appeace the gods, the chiefs poured libation on him using a sheep before banning him from the community. 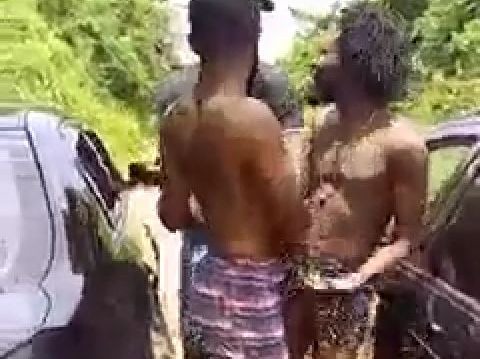 In the video which has been attached to this story, the guys whose names are not readily available were doing their own thing in car packed by a bushy road. Another vehicle was plying the same quiet road at that material moment. For fear of being attacked by armed robbers, occupants of the second vehicle decided to video the rest of the journey upon seeing the packed car. 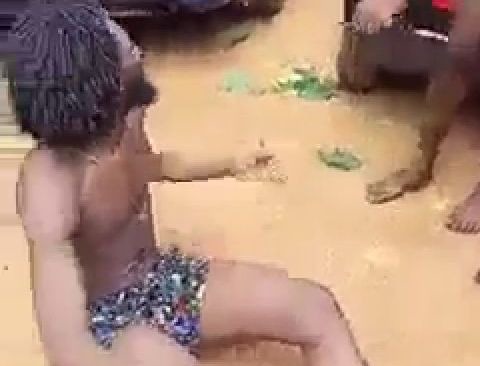 When they got closer, the driver who was a lady started horning but the guys who were in the mood did not mind anyone. They saw something strange going on in the car and decided to pack and confirm what they were seeing. To their amazement, they found the two men doing the bedroom thing by the roadside. The guys realised they were being filmed hence pleaded with the those holding the cameras to stop filming but they didn't heed to it the plea.

They arrested them and lashed them before handing them over to the Police. One could hear one of them saying they were repairing their car. But the question is who repairs a car with his manhood entering the anus of another man? 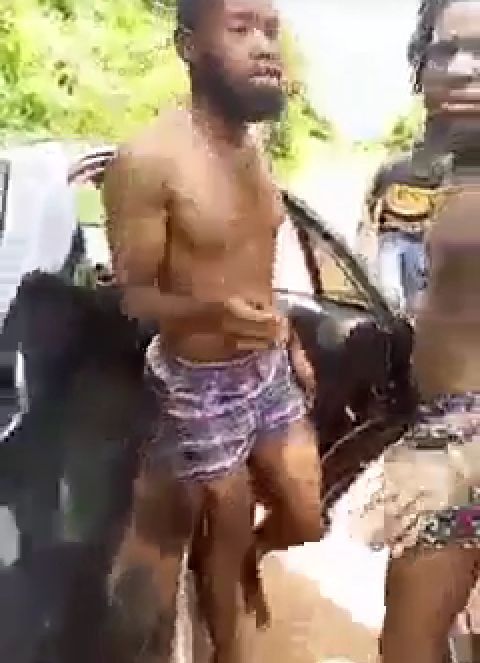 Watch the video in the attached link. Remember to leave a comment.