Going To Prison Has Changed My Life, I Became A Pastor After I Came Out Of Prison-Ex-Convict Reveals 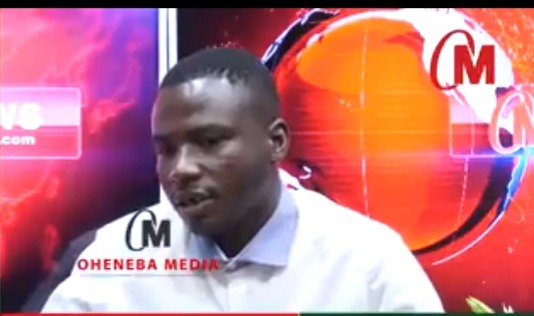 A man identified as Prince Adu Poku from Asuoho-Brokwanho is married with five children, he has revealed in an interview on Oheneba Media how going to prison changed his life, he even became a pastor after he was released from prison. According to Prince, he didn't get any help from his parents in his upbringing, so he decided to do something to help himself, although he was a mason but he entered into robbery to get money fast.

Prince started the robbery after he completed Junior High School. The man revealed that he usually goes to the games centres, at that place they engaged themselves in gambling which involves lots of money. Prince has to find other means to get money for the gambling. He started going for robbery at where he goes for work. He explained that at the site they usually go to build people's house, he will monitor that area and then go to the houses during the day to rob them.

He continued doing this for a long time without being caught. One day he went for the robbery as he usually do but this time he was almost caught, fortunately he was able to jump over the wall and escaped. It did not stop him from going for robbery, Prince went again to a different house but the moment he got to the person's bedroom, he then realized that what he is doing is not good, he didn't take anything and decided to go back home but he was caught at the doorsteps, those people sent him to the police station.

Prince was sent to court and sentenced to four years imprisonment, the man said they took him to the Central prison in Kumasi but three months later he was transferred to Manhyia prison to serve his four years term imprisonment. Prince said that the first day he entered the prison, he was shocked to see the number of prisoners being kept in one room.

Prince regretted engaging himself in that robbery, they sleep on their one side till the next morning, they cannot turn themselves or do anything. He was punished the next morning for not sleeping but sitting up till the next morning. Prince said he went through a lot in the prison which made him change, he asked for forgiveness and started serving God. Prince became a pastor after he was released from prison

Be Strong In The Spiritual World; I Got Defeated - Yaw Tog Finally Tells How He Vanished So Quickly.

Local Academy Boy Gets To Join English Premier League Side.