The majority of Ghanaians are trying hard to find work so that they can put food on the table for their families. While this is true for the majority of citizens, others have turned to criminal activity to get money. Unfortunately for these criminals who refuse to work as hard as the rest of the population, the police are making sure that they are arrested and brought to justice for their crimes.

The Ghana Police Service has once again demonstrated to the general public that they are here to serve and protect them from criminal activity. The police have stated in their most recent report that they have once again apprehended and foiled criminal activity in the Ashanti Region. The police were tipped off about an armed robbery at Oselkrom, according to the report. The report revealed that these robbers were attacking some miners at this location, but before they could complete their attack, the police arrived and saved the miners from them. 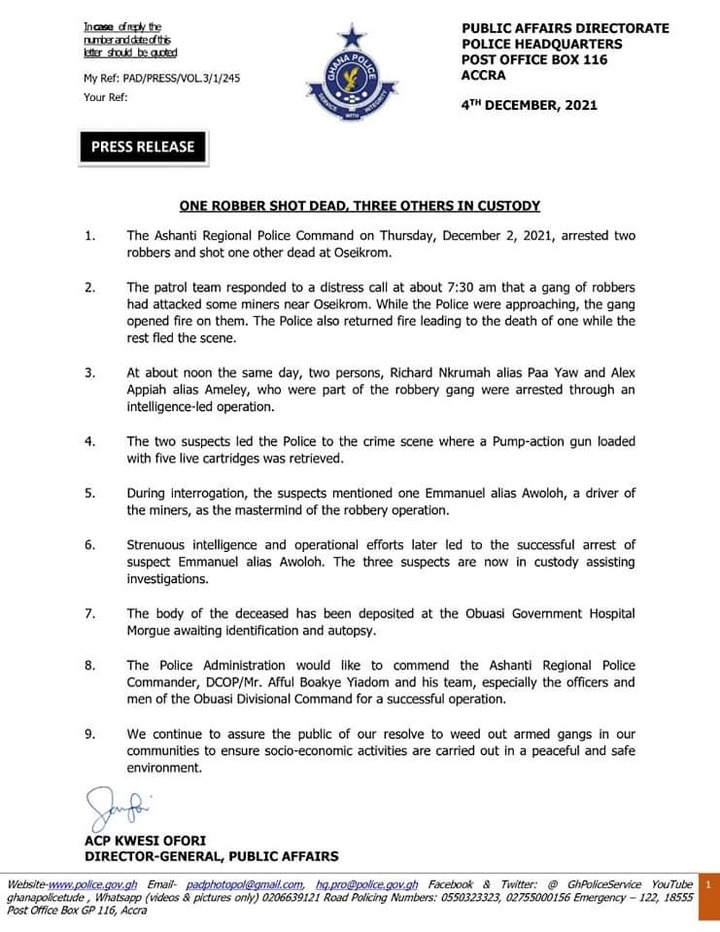 However, when the robbers realized that the police had arrived and that they were in serious trouble, they decided to open fire on the police and engage in a fight with them so that they could flee before they were apprehended. Unfortunately for them, the officers came prepared and faced them on an equal footing.

According to the account, because Dampare's men are well-trained for such operations, the officers easily overcame the robbers and even shot one of them dead, but the rest of the gang fled. Unfortunately for them, their flight was cut short when they were apprehended by the authorities.

According to the police, they were able to gather intelligence and apprehend two members of the gang who had fled, believing they had eluded the authorities. The two people were promptly interrogated by the police, and they disclosed their names as Richard Nkrumah and Alex Appiah.

According to the police, the robbers also revealed the person who planned the entire operation to them, and they stated his name as one Emmanuel who works as a driver for the miners. 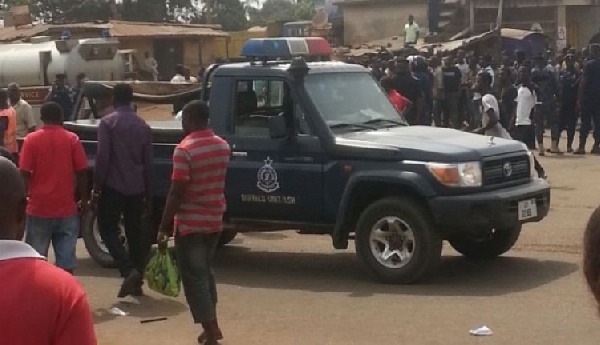 According to the report, the police were able to identify Emmanuel through their intelligence gathering and promptly apprehended him. The three suspects are currently in police custody.