Police Arrested Bukari Salifu, A 65 year Man For Allegedly Financing And Supply Of Arms To Robbers. 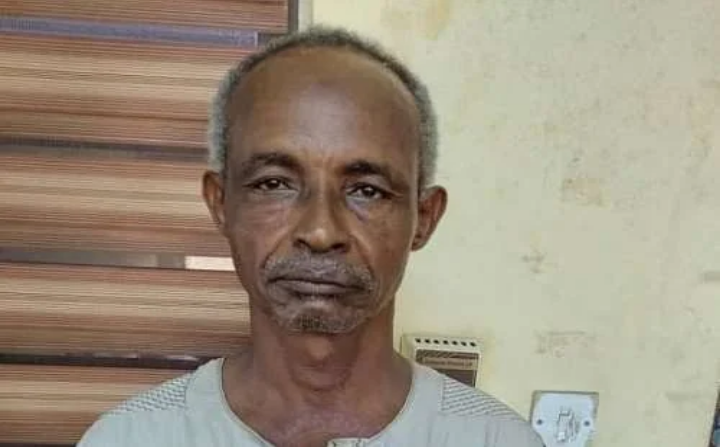 Bukari Salifu, a 65-year-old presumed illegal arms merchant has been busted by the Police at Zenu close to Ashaiman in the Greater Accra Region.

The Police learnt of the old man who is also alleged to be the financial supporters of the robbers in the capital after interrogating some apprehended robbers over the past weekend.

Joseph Dagodzo and Mujahid Abubakar were apprehended when they tried to steal from motorists along the Koluedor-Sege-Accra main road.

Amidst inquiry, the suspects referred to Bukari Salifu as the financier who procuress them with weapons for their robbery missions.

The suspects directed the crime-combat Police team to the purported hideaway of their associates in a forest near Zenu.

The Police emptied fire as the suspects chanced to escape. The suspected armed robbers were shot in the operation and we're quickly hurried to the Police Hospital where they are later reported to have passed on. 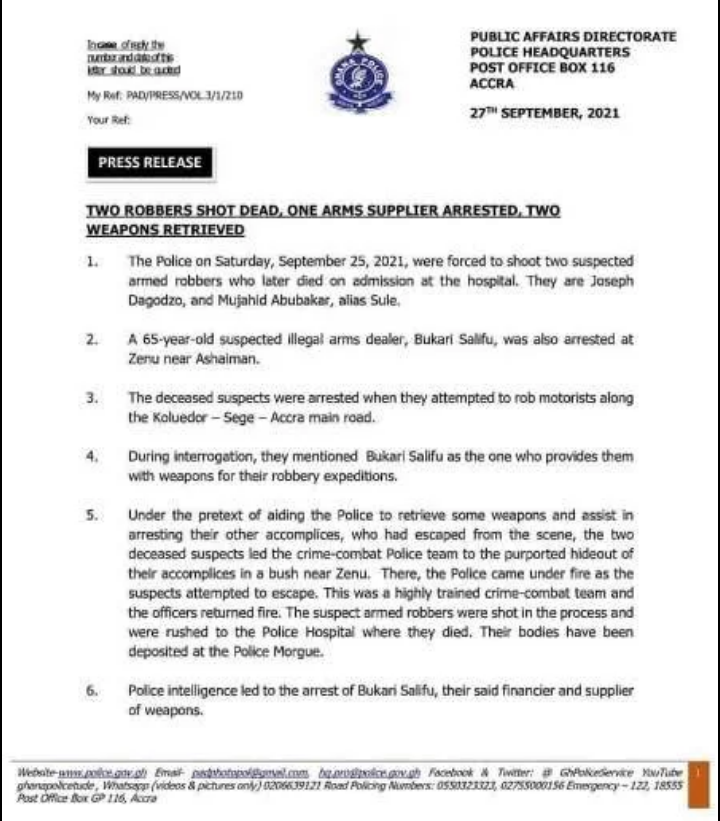 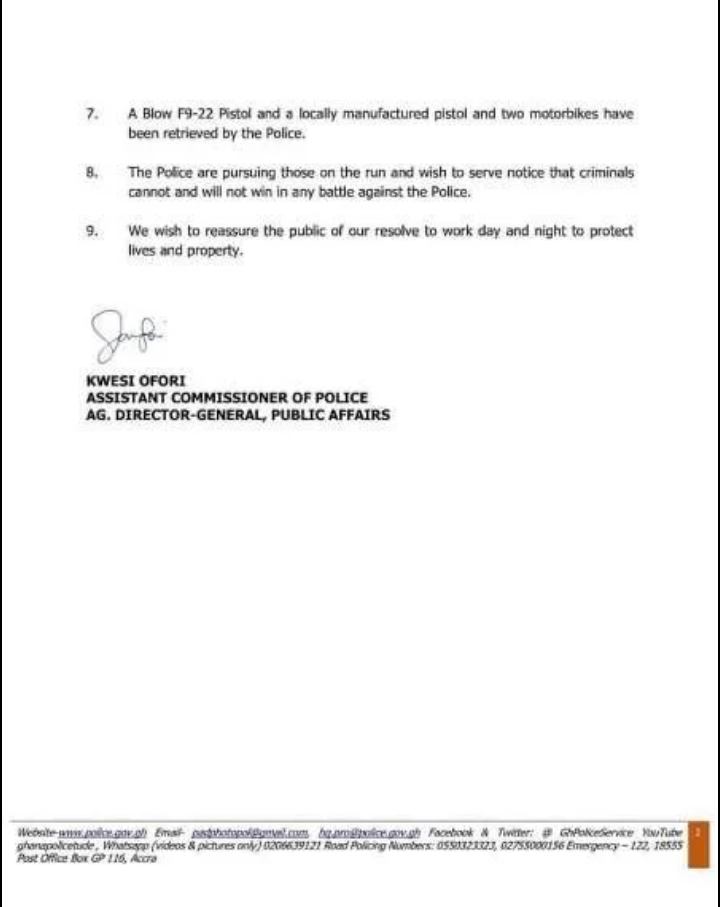 In a press release from the Police yesterday, it announces Bukari Salifu is in detention as they proceeds its scrutinies to bring the other associates of the departed robbers to book.

Meanwhile, the Police has encouraged the general public that it is devoted to maintaining the lives and properties of the citizenry at large.

The Ghana police asserts that they will proceed with their endeavor to clapmp down on the activities of those armed robbers in the country " they stated.