By Bgalore (self meida writer) | 10 days 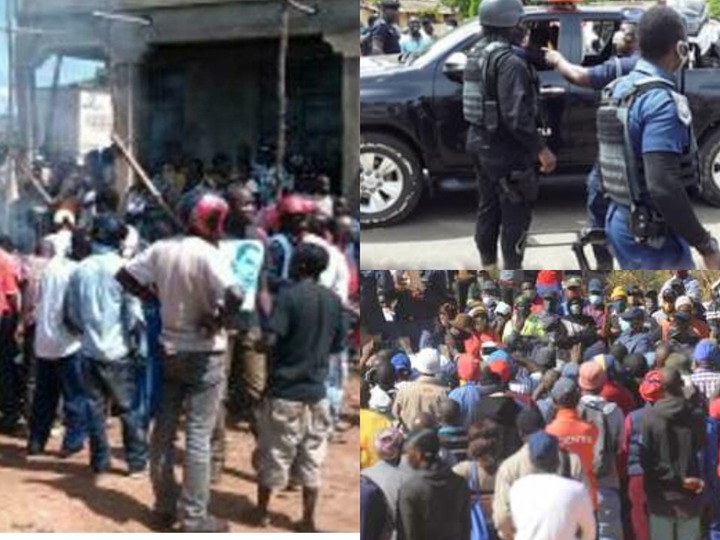 Some residents of Abetifi have come out to share that they are not satisfied after the police came in to rescue a notorious armed from being brutalized.

Earlier today, a notorious armed robber was arrested by some residents of Abetifi. He was caught while trying to run away after he reportedly attacked a lady around earlier today. He took a mobile phone and a purse from the lady.

While trying to escape with the things he took from the lady, a group of young men who saw what he did started running after him. He was caught and people started gathering around.

The people then decided to beat him up but, some policemen immediately showed up at the scene and decided to take the matter into their hands. The policemen saved the armed robber from the brutality and took him to the Abetifi Police Station for investigations.

Most of the residents who were at the scene were not happy with the situation as they believed that, the police had saved the armed robber from them. According to some of them, armed robbery has become a common criminal act in the town and they wanted to punish this armed robber to deter others from doing these bad things.

“We are not satisfied”, some of the people told the media.