The renowned GTV broadcast journalist, Abdul Hayi Moomen, has given an account on how some police officers ambushed him at Ajiringanor.

In a Facebook post today, Abdul Hayi narrated that some police officers asked him to pull over for an inspection at Ajiringanor, near the Allied fuel station.

Abdul Hayi Moomen admitted that the police officers found a cutlass in his car boot after a thorough search.

“They asked me to lower my windows so they could inspect the interior of my car. I obeyed. Then he asked me to open the boot of my car. Again, I obeyed. After vigorously searching the boot, this time, with the support of a second officer, he asked in a rather angry tone, after whisking out a cutlass from my boot. "What is this?" "A cutlass" I answered. "Do you know it is a weapon?" He asked in an angry tone.

"Yes, I use it as a weapon to kill unwanted grass at home".

He seized the weapon, went with it to a white pick-up truck in which other police officers sat, and returned with a third officer, who I believe was the senior-most in the group.”

Abdul Hayi Moomen further asserted that the police officers handed him the cutlass after they recognized him as a famous broadcast journalist.

He asks whether it’s illegal to posses a cutlass in your house or private vehicles. 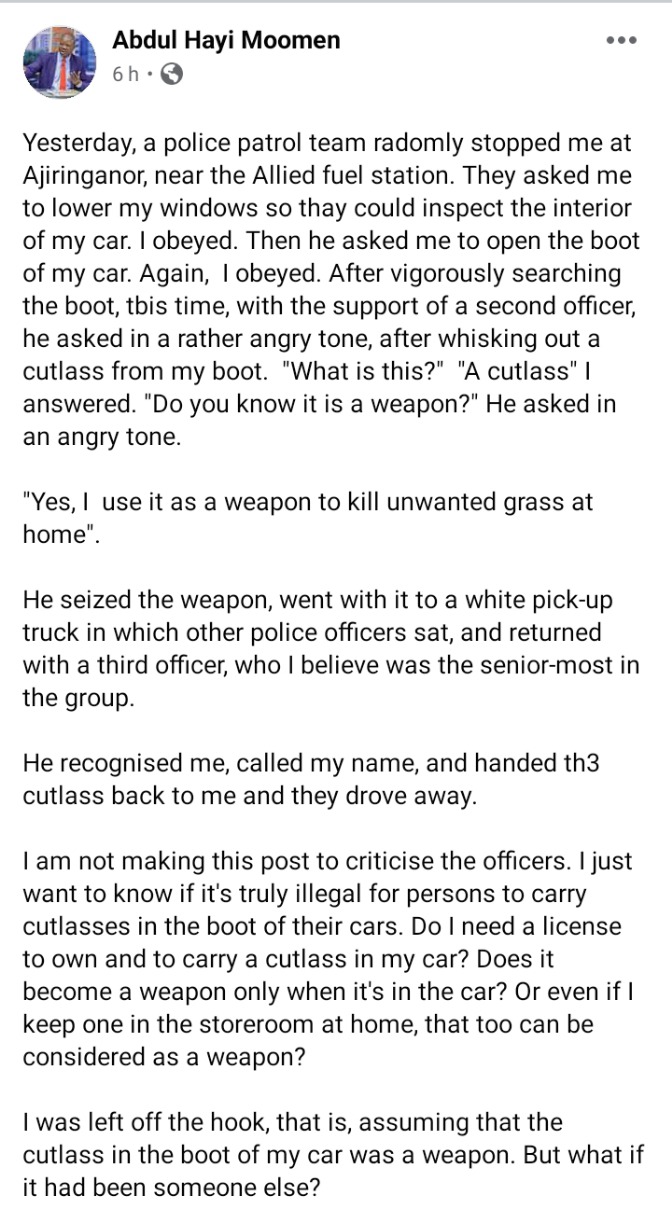 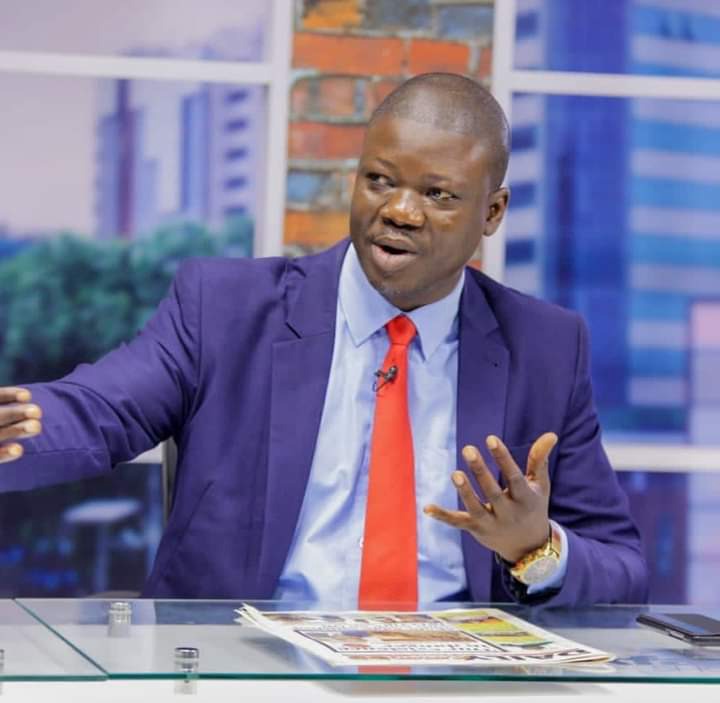 I will donate 100 bags of cement to the chief to complete the school if the president is saying so.