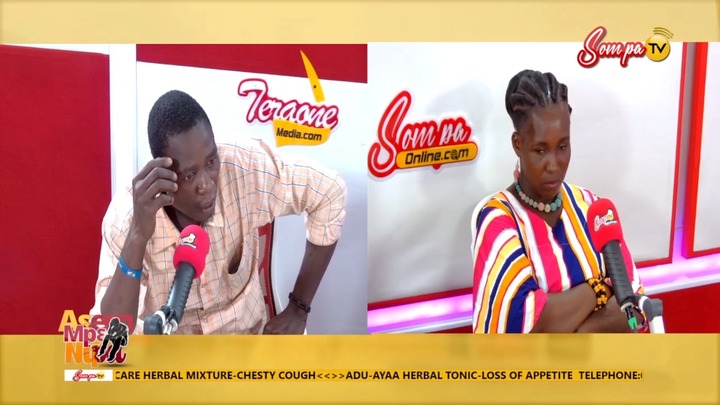 Mr Nyarno claims that he has lived in Afigyase Tetekaase with his wife, Yaa Attaa, for many years and that they have four children together.

He claimed that his wife's attitude toward him had changed and that she now finds every problem objectionable.

"Her behavior deteriorated, but I didn't suspect her of any wrongdoing until she freely admitted that our tenant nearly slept with her in the bathroom while she was bathing and I was also sleeping." He declared.

He claimed that his attempts to question her wife were unsuccessful since she refused to talk to him and only informed him that the tenant was unable to sleep with her because she wouldn't allow it.

Mr Nyarno went on to say that he afterwards discovered his wife had been sleeping with males, including his renter, when he was away on agricultural work or asleep.

Yaa Attaa later agreed to sleep with the tenant twice in the bathroom when her husband was sleeping. Mmrantehene's investigation led to her acceptance.

According to Yaa Attaa, she agreed to let the tenant buy her an android phone in exchange for sex, but after sleeping with him, she realized he wasn't maintaining his end of the bargain.

She confided in a friend and told him what the tenant had done to her, and he notified her husband, resulting in their divorce.

Watch via this link : https://www.instagram.com/tv/CdtgPSMgV-e/?igshid=YmMyMTA2M2Y=