Massive Reaction From Takoradi Over Fears Of Transport Fares Increment 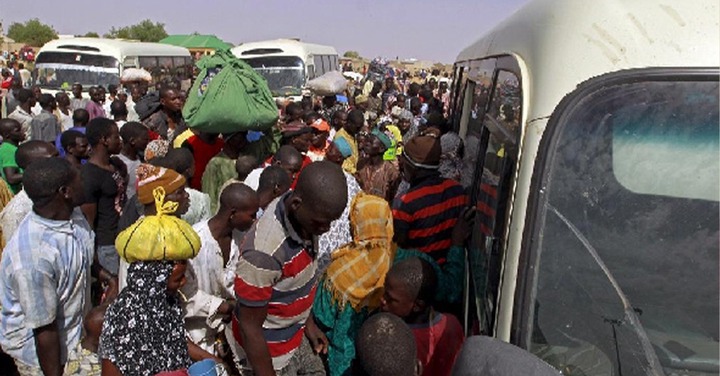 Residents of Sekondi-Takoradi, the Western Region Capital are unhappy about the current state of affairs in the country.

The residents have raised issues about the rising cost of living and the proposed increment in transportation fares announced by the Ghana Road Transport Union of Ghana (GPRTU) and other unions.

According to Mr. Emmanuel Nii Armah who is the first vice-chairman of GPRTU, transport fares are likely to shoot up between 20 to 25 percent in the coming days.

The various driver unions have been complaining about the consistent increase in the prices of petroleum products and spare parts.

However, nothing has been done about it and that has necessitated the proposed increment. But some residents in the Twin City of Takoradi are unhappy about the decision.

Some of them who spoke to Beanana from the central business district indicated that an increment in transport fares will further worsen the already hardships.

“Now I heard it on the radio that they want to increase transport fares. They promised us that everything will be alright but now things are hard in this country. We cannot buy a lot of things anymore. Prices of cement and iron rods have increased astronomically in this shortest possible period with no explanation from anyone”. A trader at the Takoradi Market Circle, Mama Kay indicated.

A gentleman, George Osei who is currently unemployed indicated that he has written several applications after he completed the Takoradi Technical Institute but has not received any positive reply.

According to George, life has become unbearable and if transport fares should be increased, he can no longer survive.

“Everywhere is hard, we try to work but nothing is happening. I’m a young boy with no employment for the past three years, I have been home. I did my attachment at ECG and after that nothing has happened in my life. So if transport fares should increase, then I don’t know how I can survive”. He indicated.

Some passengers at the Takoradi-Accra station also indicated that the transport unions must not be allowed to increase the prices. They believe their budgets will be badly affected if the new prices are announced.

“I go to Accra with a bus from here two times every week for my business.

So if fares should increase, it means I will be paying more which will not be good news for me. I cannot bear it, or I will be forced to also increase the prices of my good”. A passenger indicated.