The youth of these days are not ready to listen to advice. They think they can achieve anything by themselves and hence, they have no respect for their fathers and elders in their communities. Kingdom News drops another news this afternoon which occured in the Central Region [Assin South].

When they met at the drinking spot, Mr Kwaku Amponsah advice Saddiq to give him the needed respect as a father. But Saddiq was offended by words of his step father and he stabbed the man multiple times with scissors and knife.

DSP Daniel Kwabena Donkor intervened, leading to the arrest of Kwasi Saddiq. Kwaku Amponsah who happens to be the victim is now 43 years old. According to Kweku Saddiq, his son wanted to kill him because he told him to do the right thing. 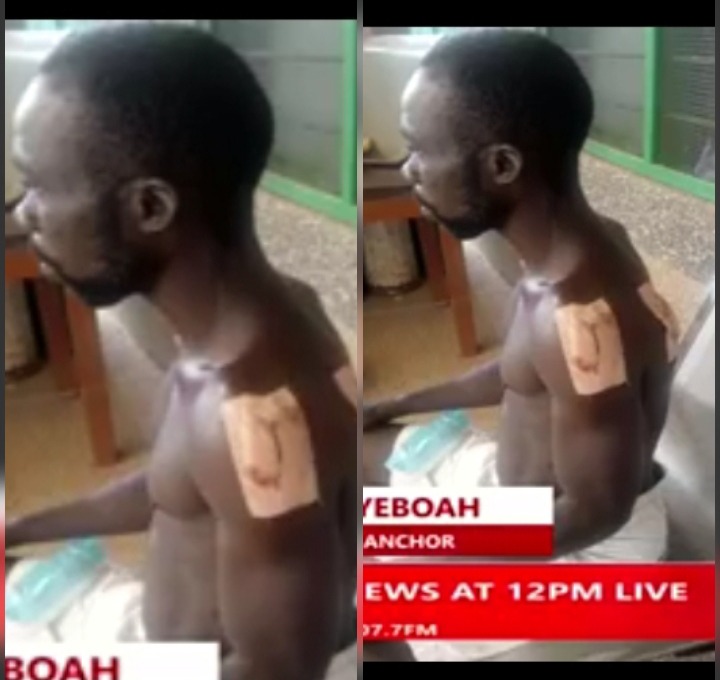