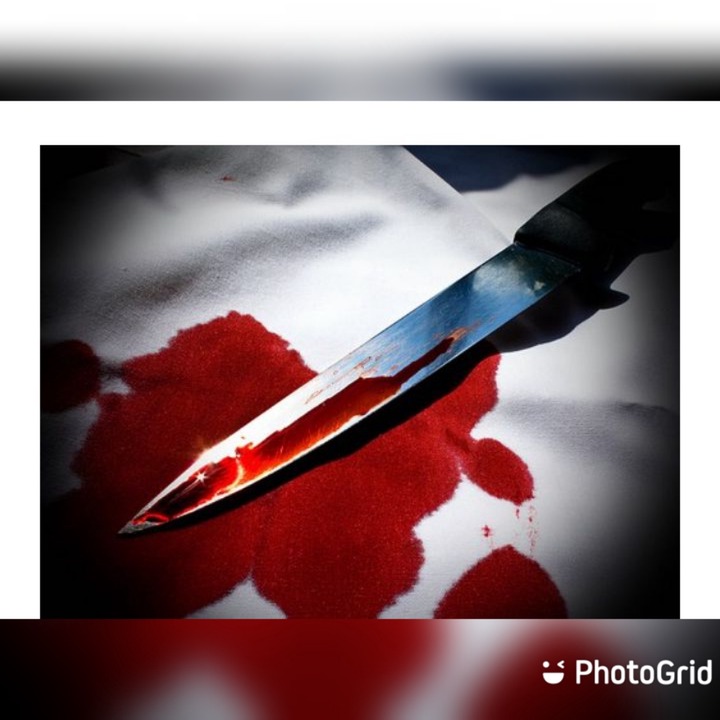 A man name Umar Sahid ha been arrested at Sekondi for stabbing another man with a knife. According to reports, Umar Sahid arrived at his home and met a man who is an Airforce Personal having intercourse with his wife on their matrimonial bed.

At that point, Umar Sahid upon losing his temper stabed the Airforce Personal, Bernard Ababio multiple times with a knife, on his left upper cheek and on his waist. Umar Sahid after this act rushed to the Sekondi police station and lodge his complaint against Bernard Ababio for biting his index finger after confronting him when he caught Ababio in the act. Just at the time when he was writing down his statement, Bernard Ababio also arrived at police station and lodge a case of assault from Umar Sahid leading to his arrest at that exact moment.

In reports, the police at the Sekondi police station said Sahid Abubakar had in his possession a military backpack containing one set of military uniform, one white singlet, a pair of jeans trousers, a pair of cotton trousers, one blue-black shirt, one T-shirt, one wristwatch, a pair of canvass, one Pepsodent toothpaste, one AV cable belonging to his rival Airforce personnel Bernard Ababio.

Azugu again? Ghanaians ask as they react to the arrest of Citi Fm's journalists.

"It's so surprising this is happening in our era now" - Dr. Yayra Fosu-Mensah Laments Heavily on TV

The Oppression Of Journalist And Citizens By 'Despotic' Akuffo Addo Gov't Must Stop;Sammy Gyamfi Say

"The Act Is Unlawful And Preposterous: Akufo-Addo Gov't Must Stop It"- Sammy Gyamfi