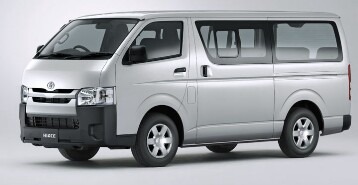 A trotro driver who plies on the Kumasi-Obofour road in the Kwabre East District of Ashanti region, Kofi Appiah popularly known as Kooko Krakyi had the rude shock of his life on Friday morning May 27, 2022 when he was arrested by a lady who allegedly boarded his car on the previous day Thursday May 26 2022 from Kumasi Dr Mensah Trotro station to Obofour.

Another culprit who was also arrested together with the driver was mentioned as Akwasi Rasta a mate of the driver.

Narrating how she managed to arrest the culprits to the traders at Kumasi Dr Mensah Trotro station, Madam Regina Pokuwaa indicated that on Thursday May 26 2022 at about 6.30 pm she boarded the trotro from Dr Mensah to Obofour where she lives.

Pokuwaa said on their way going the mate Rasta as usual demanded for lorry fares of which she on her part gave five cedis to the mate with the expectation to get back of her change of one Ghana cedi and forty pesewas.

Unfortunately l was overtaken by a deep sleep in the processes and forgot to receive my change until l reached my destination, the passenger disclosed.

Regina Pokuwaah hinted that she then demanded her change from Rasta only to be informed that he has nothing to give her (Pokuwaah) since he had given out change to all passengers.

Pokuwaah continued that as she continuously demands her money Rasta took offence and suddenly kicked her down amidst severe beatings until certain boys allegedly came to rescue her.

She said at the time the mate Rasta was mercilessly subjecting her to dirty blows the driver Kooko Krakye was taking it cool on his steer pretending as if nothing was happening.

This was when Rasta had furiously threw my change on the ground, Pokuwaah disclosed.

After taken the Urvan Hiaece Trotro car with registration number As 3754-8 Kooko Krakye was driving, l lodged a complaint at the Manhyia Police station the next day where the driver together with his mate were arrested and charged with the offence.

Seven Pros Of Marrying A Female Nurse In Ghana