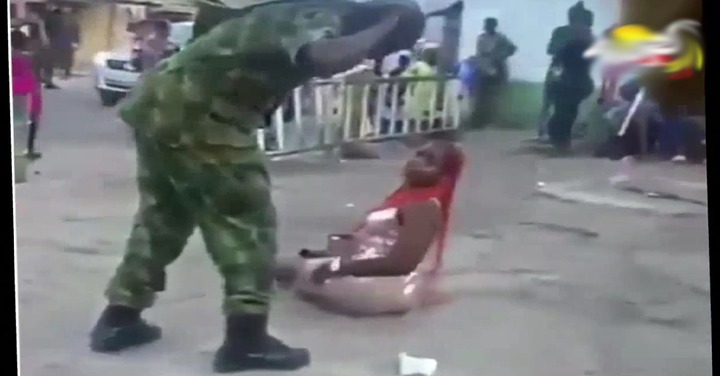 A young woman believed to be a slay queen has received severe beatings from a military man for allegedly indulging in indecent dressing.

The news was reported by Angel FM’s Appiah Kubi in the Sunday, April 18, 2021 afternoon news. According to him, the slay queen whose name is still unknown was walking around town with only a see-through dress without any underwear.

According to him, the slay queen was walking in town in an almost a half-naked mood. Her posture attracted the military man who was at the place to ensure security.

He immediately called the slay queen to order and started to whip her mercilessly in public. The action of the military man attracted helpless onlookers.

In a motion image displayed on Angel TV Facebook page, the slay queen is noticed sitting on the bare flow with the military man standing with what looks like a belt in his hand. He gave her an uncountable number of canes.

“The lady has openly declared that she is a sly queen. Her dressing and everything shows. She does not wear underwear, no beads. Her dress is a see-through one. She was just moving around town with it and the military man caught her. The military man arrested her for engaging in indecent dressing. This is how she was punished for going out with indecent dressing. She has been whipped mercilessly”. Appiah Kumi noted.

The issue of young ladies displaying nudity in public especially on social media has become topical after Akuapim Poloo was jailed for a similar offense. 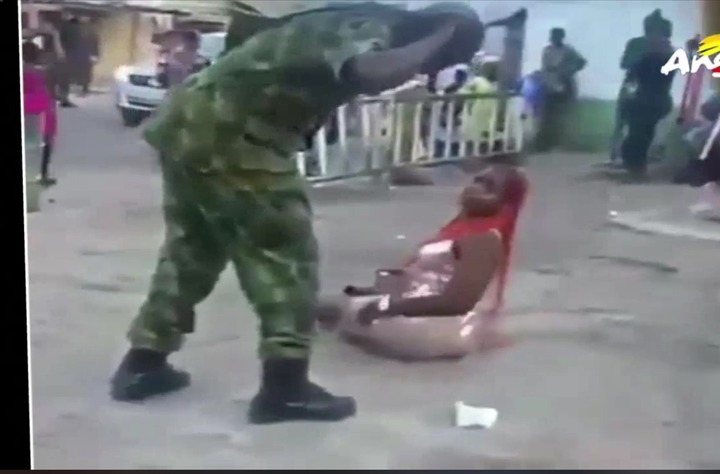 Many believe her sentence should serve as a deterrent for other celebrities. Many have argued that several celebrities who display nude pictures in public must be dealt with.

The issue of this slay queen being whipped in public by the military man must also serve as a lesson to other ladies.