A sad account of how 12-year-old died over lack of bed, ambulance.

By RobertNanor (self media writer) | 6 months ago 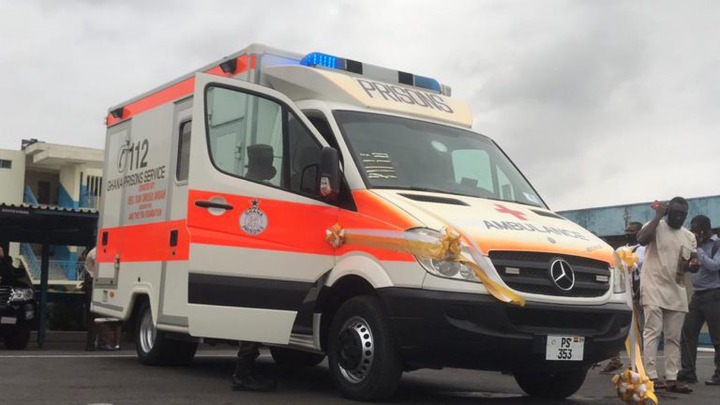 The father of a 12-year-old kid who died at Battor Catholic Hospital has shared a heartbreaking description of his son's demise.

According to Michelle Nartey, a Ningo Prampram Assembly Member, the youngster fell from a mango tree and had to be brought to the hospital.

He explained that the youngster was admitted to Battor Catholic Hospital for preliminary examinations, which included x-rays.

However, because his condition was deteriorating, he needed to be referred to either Korle-Bu or 37 for additional care.

Mr Nartey told Adom FM's Dwaso Nsem that they called Korle-Bu but were told there were no beds available, therefore the youngster could not be admitted.

Fast forward to the 37 Military Hospital, where they agreed to the transfer, but their largest stumbling block was finding an ambulance to help with the transfer.

He added that all attempts to contact the National Ambulance Service were useless, and that when they did, the organization indicated they would contact them.

“We couldn't use the hospital's ambulance since it was scheduled to transport another patient, and we had planned to join them if at all possible, but they were heading to Lapaz, so things didn't go as planned.

“We were still waiting for the ambulance service to respond, but there was no response,” he explained. “So I called back at 6:pm and got the same ‘we'll get back to you response.'”

Throughout the ordeal, Mr Nartey observed that he made calls to other people he thought would be able to help, but that their efforts were as unsuccessful.

“We got a phone about 9 p.m. saying the ambulance service was ready to go, but they needed to confirm the admittance from 37 to see if they were ready to receive the patient.

“Unfortunately, he blacked out after 10:pm, and all attempts by the physicians to resuscitate him were futile,” he stated through tears.

Content created and supplied by: RobertNanor (via Opera News )