Video: Armed robber causes stir after he was caught on camera flaunting his gun and juju wrist band 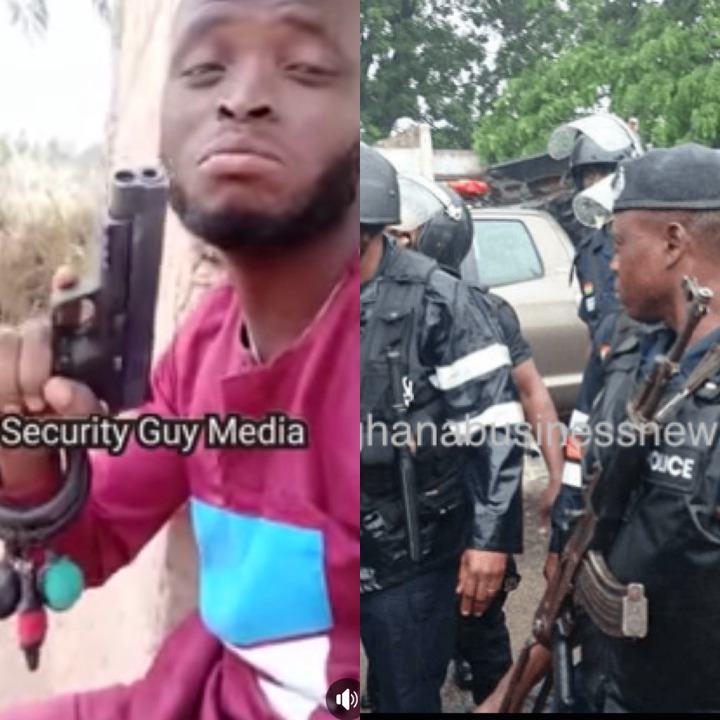 Another notorious armed robber has sent some very threatening and powerful message to the Ghana police and is currently being haunted for. The Ghana police after deciding to take down these criminals seem to be getting the attention of criminals who have decided to continue with their devilish acts. Robbers are currently fearless and even involve or engage in gun fights with the police. They are able to combat the police and this is why most of the rivers are seen gunned down by the Ghana police at most times. 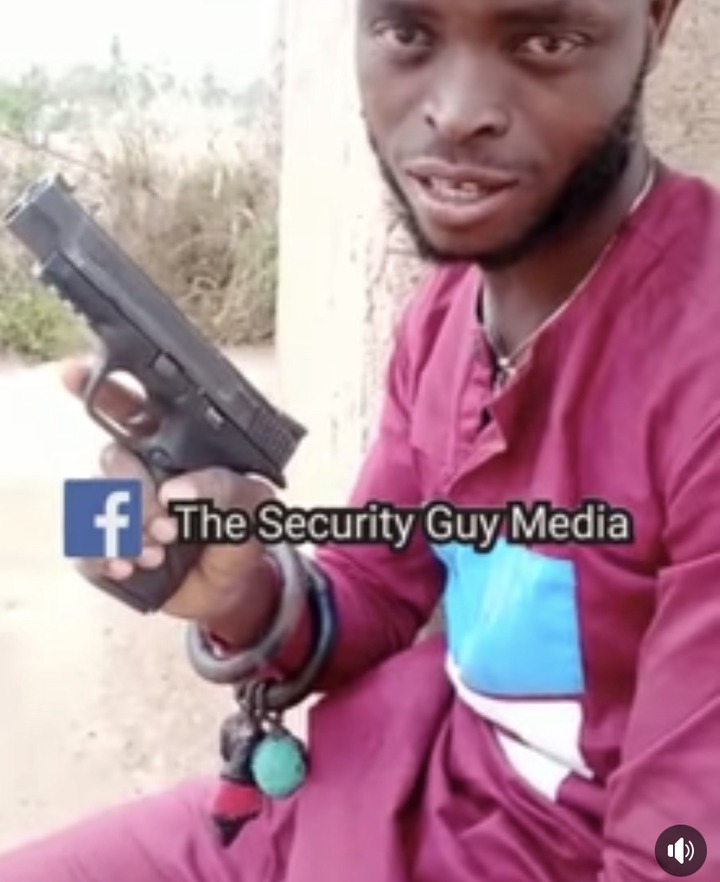 A notorious armed robber with a blared and unidentifiable personality has currently taken over the screens as he publicly videos himself fixing a pistol and threatening the police and the crowd. The man who is currently being searched for or wanted by the police was seen with this weapon and boldly exhibiting his gangster life on social media. He was seen with something on his wrist which is believed by people to be a charm. 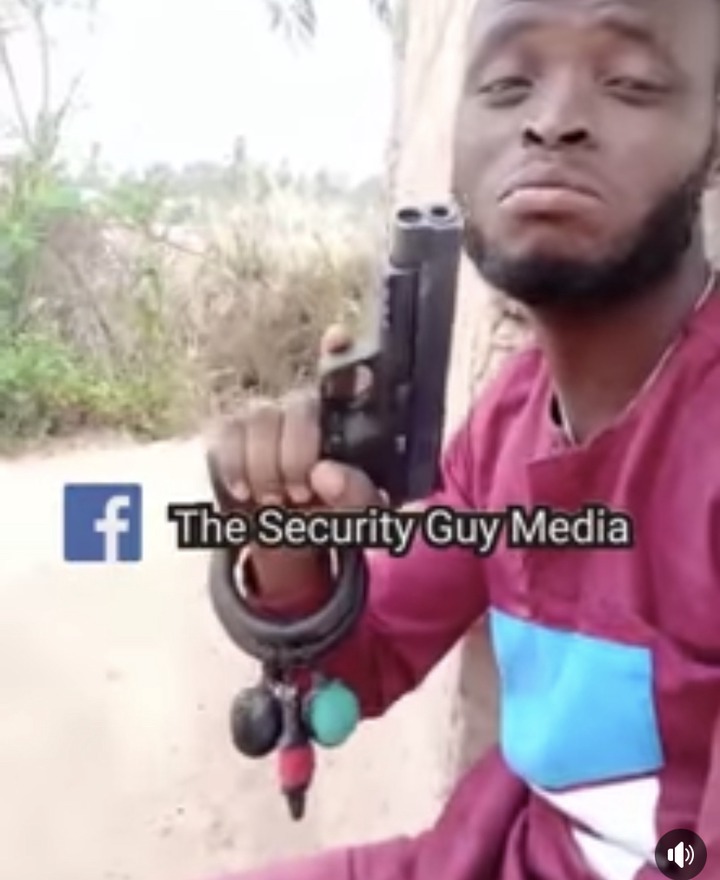 Reports indicate that he’s from the western region whiles others claim he’s from the central region and this is making the search a little difficult. The police are on the search for him as they urge the general public to be on guard and hint the police on his whereabouts at any point in time. The young man is believed to be in his early thirties or his late 20s and is deadly and as a result should be reported on sight.