By RockyJDJones (self meida writer) | 9 days 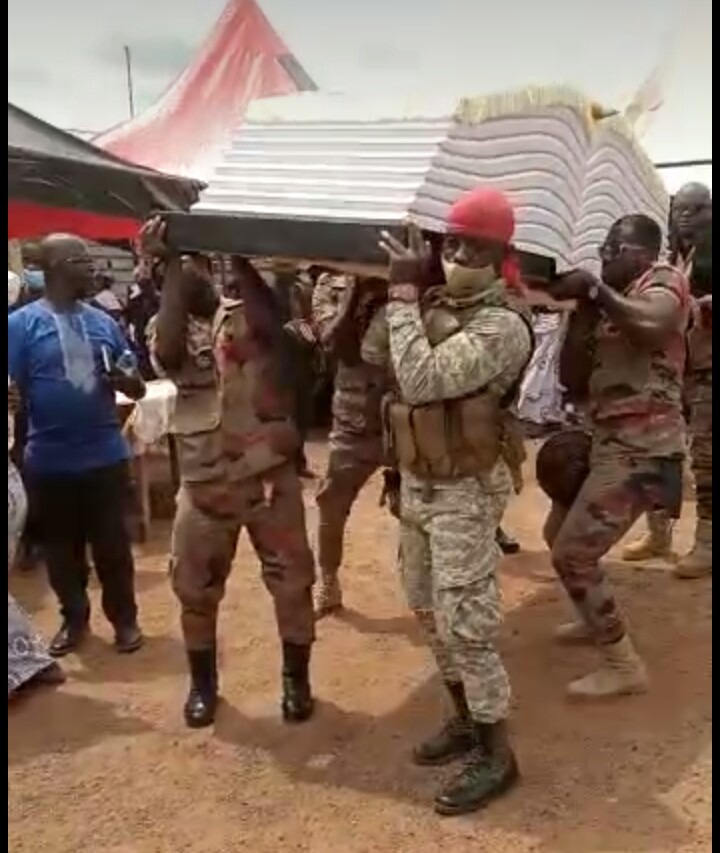 The burial of Fireman Ayim which was to bring sorrow to the people of Aprade, rather brought glory and honour to the man when the body was lifted onto the shoulders of the men who marched from his house to the streets with the body and finally to the grave. Ayim who was popularly known man in Kumasi Aprade was a man who never played with his duties and the life of his children, and it was no news to the people when he had an accident in the course of his duty but tears could not be controlled when his death was announced last year December. Ayim in his youth prayed to be the father of many, as he was the only child of his parents. He had wanted to be many among his siblings but the death of his father made the mother unable to produce again as she denied herself the joy of getting married again.

Ayim after six form, applied and got himself into the fire duties. He was made an attendant and a subsequent officer after two decades of service and went ahead to marry his long time best friend. Ayim and Veronica many thoughts were just friends but there was something seriously aside from friendship going between them. The news of their wedding became so much for a talk when they were preparing to get married. They got married and was given seven children, as Ayim had wished during his childhood. Out of the seven bouncing children they got, six were male and the only remaining one became their sister. The boys, as usual, was pushed into the lanes of the father and the girl became a doctor to treat the family when they were sick.

Ayim made his sons became firemen and ambulance operators, as his love for the services was unmatched. Four of his children who has bachelors degrees are all fire officers, while the remaining two is a senior officer and a graduate. The senior officer has a master's degree while the incoming officer is a newcomer into the job who was recruited last year. The man did not just make sure his children join the fire business but made all the struggled to determine his children were going to be much better than him as one is a senior officer at Accra, the four officers at Ashanti Region and their last man been the graduating officer to join.

The woman who is a medical doctor works at Kumasi Suntreso regional hospital and that was the man before his death. Ayim was attending a fire duty at Makro when he saw a little child on the second floor of the burning house. He remembered the growth of his last-born, the doctor and couldn't watch the little girl burn to death. He climbed the building when many thought it was a death sentence to save the girl, and rescued the girl through the fire.

He was burnt terribly by the fire and collapsed after rescuing the child. He protected the child with his life and nothing happened to the girl but he was seriously injured by the fire. He was taken to the KATH emergency unit but died on 29 December 2020. His death brought so many sorrows to the people as it wasn't the first time he had tried saving someone in a massive fire. Nobody could stand the news of his death as his wife was admitted to the hospital for a week before she could come to terms with the news of her husband's death. Family together with the children of the late Ayim Mensah Josiah met with the SDA church, and it was agreed for them to bury him this morning 30 April 2021.

There was peace and tranquillity at everywhere and calmness was seen during the funeral, but immediately the children lifted the man in their uniforms, to pay their last respect to their dad and mentor, was the moment tears railed through the Aprade township as everyone wailed their last cries to bid farewell to the most generous firefighter who fought with humility, passion, honesty and diligence for the job. Ayim was buried at half-past 12 this noon at Aprade cemetery. 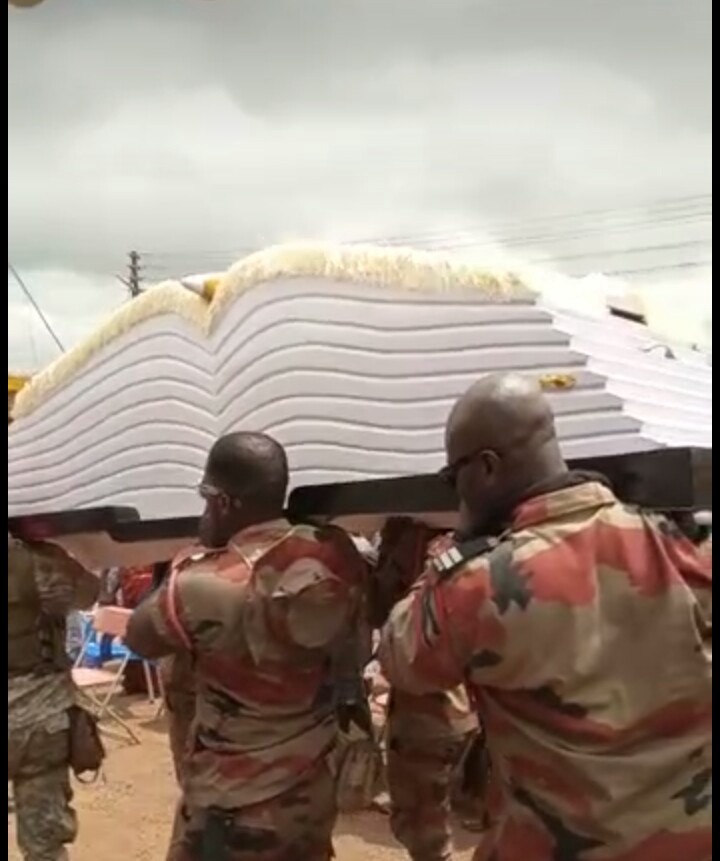 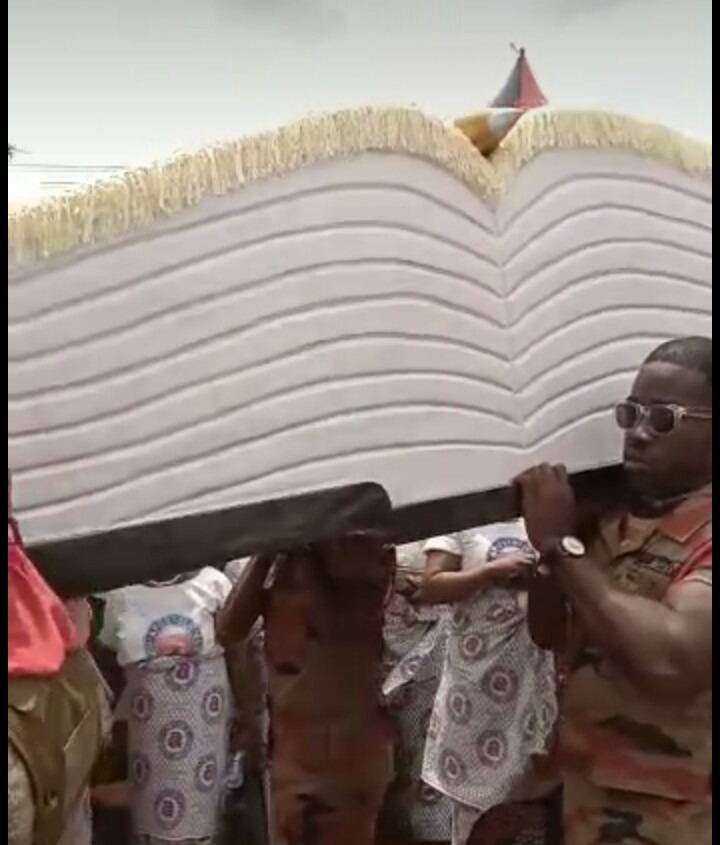 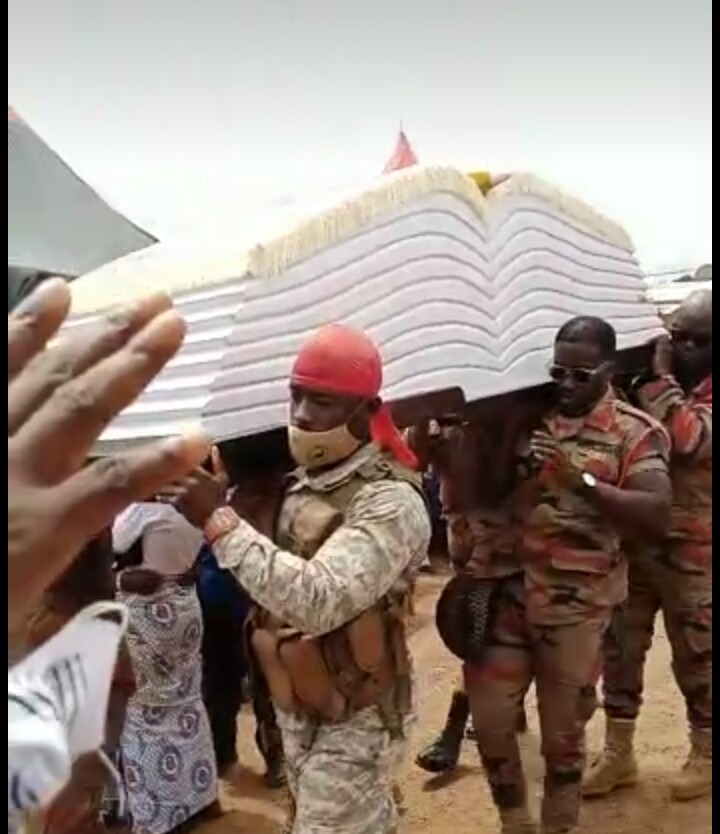 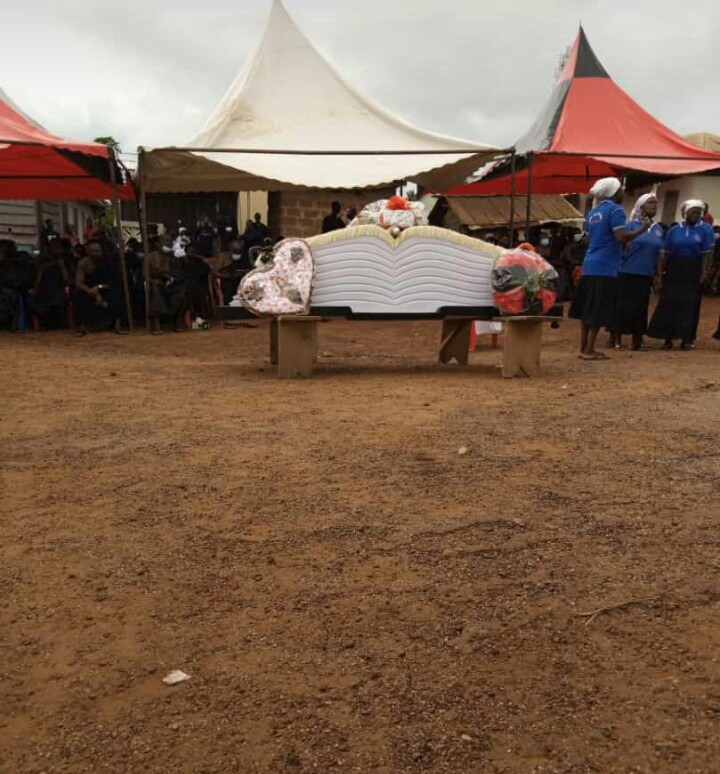 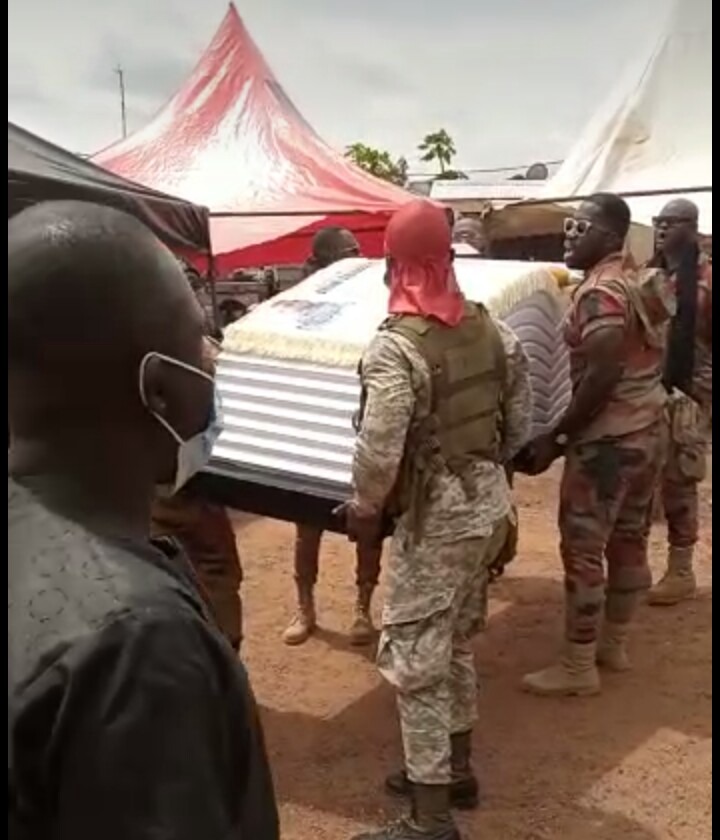 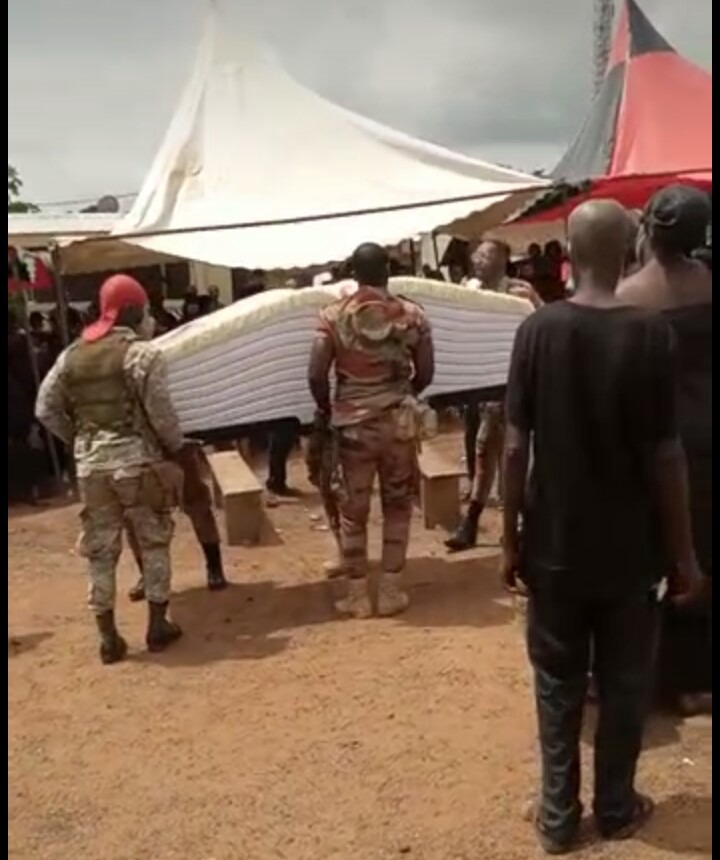