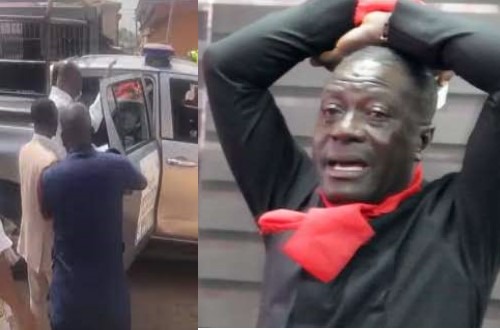 In less than 24 hours, the prophecy by Prophet Joshua Adjei which warned Captain Smart to refrain from inciteful commentary on the media has manifested. The Prophet sounded very cautious as he feared that Captain Smart is bound to make the greatest mistake of his life.

In a video message yesterday, Prophet Joshua Adjei argued that Captain Smart was drifting, and thus allowed his emotions to cloud his judgment and particularly, his utterances on the media. He was emphatic that should he not be corrected he will find himself in trouble soon.

The Police have already arrested him concerning some inciteful commentary he made on public television today. His conduct is said to be in breach of Section 207 of the Criminal Act 1960 (Act29).

According to the Police, the statement by Captain Smart incites violence and threatens the peace and security of the nation. He is said to have called for an insurrection against the state of Ghana and its institutions.

The Executive Secretary of the National Media Commission, George Sarpong remarked that Captain Smart has virtually turned the Onua Television and radio into a “megaphone of war”. He laments the broadcast journalist has for faulted the principles and standards of the profession.

“…this, by all standards, crosses the line of robust and critical broadcasting and transforms your radio station into a megaphone of war.” 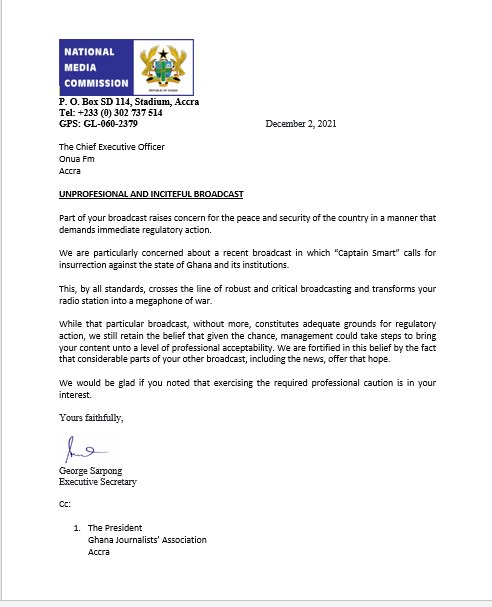 Mr Sarpong in his letter to the management of the Onua TV/Radio stressed that the company failed in its duty to keep the conduct of Captain Smart under check hence the consequence. He prayed that the media house would take the necessary steps to remedy the situation and restore the professionalism it had once upheld.

The Police in their statement issued by the Deputy Superintendent of Police, Julian Obeng of the Public Affairs Unit, indicated that Captain Smart is being held at the Police and assisting investigations. This situation has sparked a strong conversation about the extent to which this matter could travel.

The possibility of him being sentenced to prison is very high given the accusations as cited in the Criminal Act.