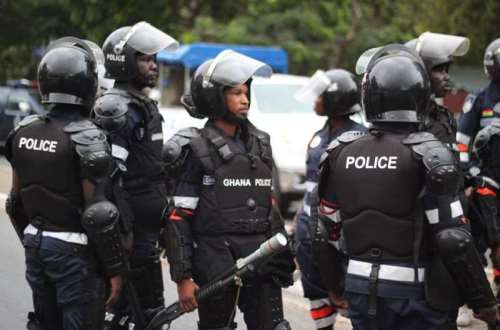 The Police in Kumasi in the Ashanti Region are on the manhunt to arrest the driver of the skidder truck caught on video dangerously driving around with a giant timber on the Ejisu-Kumasi highway early this week.

On Monday, January 24, 2022, Ghanaians expressed anger on social media when a video of a driver dangerously plying the Ejisu-Kumasi highway with a huge log went viral.

In the video recorded by an eyewitness, people nearby were heard screaming for help as they called for Police intervention over what they feared could end in catastrophe.

Following a collaborative effort between the MCE for Ejisu, the MTTD, and the Police, three people have now been arrested.

They include a 42-year-old Chinese named Sunny, the owner of Hilton Woods Company Limited at Ejisu, as well as transport officer of the company, one Romeo Andah.

While a truck driver of the company has also been arrested, sources have reported that the driver behind the wheel of the skidder in the viral video is nowhere to be found.

The three people in Police custody are assisting with investigation as efforts are being made for the arrest of the skidder driver who is at large.