From Bono To Western; Ritualists Swtiching From Kidnapping And Murdering Teenagers To Pregnant Women

By Blind_Justice (self media writer) | 28 days ago 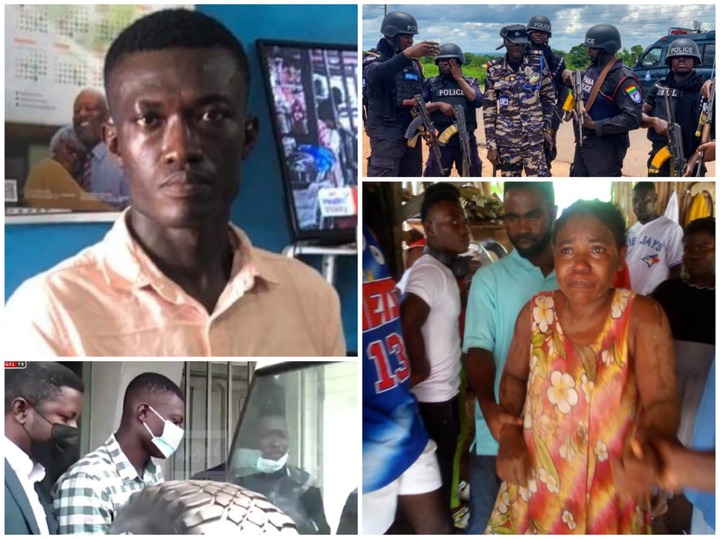 The country was plunged into apprehension when the news broke about the kidnapping and killing of tennagers by some unidentified ritual killers in the Bono and Central Regions. The Alaska- Abesim murder case is one major crime which is yet to be solve. Prime suspect, Richard Appiah is in police custody and assisting investigations but allegations are rife of other criminals of his kind in the Bono Region.

The Central Region, more specifically in Kasoa and Assin Fosu enclave have also been a flash spot for these crimes and it appears the past month has been very horrifying for residents of these communities as the cases of kidnapping and ritual murders persist.

Today, the Western Region is revisited by another case of kidnapping and ritual killings. The horrors of 1980s resurfaced in 2018 with the kidnapping and killing of the four Takoradi girls.

The abduction of twenty-eight year old, Josephine Panyin Simson a week ago in Takoradi sparked fear about these crimes, and the situation has worsened when it was disclosed that the pregnant woman lost her baby to these ritualists. What had sparked more fear, not only in Takoradi but in Axim where Josephine Panyin Simson was found, is the alleged murder of eleven (11) pregnant women by these criminals.

An account by Josephine Panyin Simson who was rescued yesterday in Axim by Kwesi Nana, about these ritual killings is still under investigation as no dead bodies or human parts have been spotted within the parameter she was found.

The suspicions that some Ghanaians have expressed is that the assailants might have conducted their evil act in some other community in-between Takoradi and Axim, as there are several rural and remote communities in there harbouring spiritualists.

Unfortunately the victim of the latest kidnapping and alleged ritual killing in the Western Region, has not uttered a word as a result of the trauma she had suffered. The police however could make use of her literacy as she can only manage to write.

In her account as reported by the media, she witnessed the killing of other pregnant women by supposed ritualists. Perhaps she has a full registry of how the place looks like to help the police profile the case and conduct a search for other victims in the area.

Another matter that needs answering from the victim is how she was freed or escape from her assailants. Currently what has been speculated is that the ritualist found her to be unfit for their work because she is a twin.

How true are these claims? Let's have a conversation.

For 7 Years, ASANKO GOLD Has Not Even Built A Classroom- Youth Of Manso Adubia Hit The Streets

Pictures of Shatta Wale in Handcuffs surfaces online after he was arrested.

The Dogs Are Working: Dampare’s Sniffer Dogs Move Into Vehicles For Serious Hunt

"Everybody Is Ready To Celebrate Your Downfall, I Feel Sad About What Is Going On In Ghana" - Darko

Find the full meaning of LGGBDTTTIQQAAAPP+