Death, they say is inevitable. Almost everyone believe that every living organism on earth might one day pass away. The passing away of a loved one is something that hurts, but human beings seem to comfort one another with this notion of death being inevitable.

It is in this regard that most associations and organisations normally prepare towards the passing away of their members. They set up services within the organisation that would cater for occurences such as ailment that could lead to death and death itself. Most organisations call this service, the Welfare Service of the organisation in which members contribute towards any unforeseen occurrences including death.

It is when someone passes away that his or her friends, relatives and others have time to flashback on his or her life. It is in those times that you might hear certain things about the deceased that you might not have heard when he or she was alive.

The General Secretary has made a revelation, eighteen hours ago as at the time of this writing on the death of Honourable Kofi Adda, a former Minister of Aviation. Below is the post on his Facebook page. 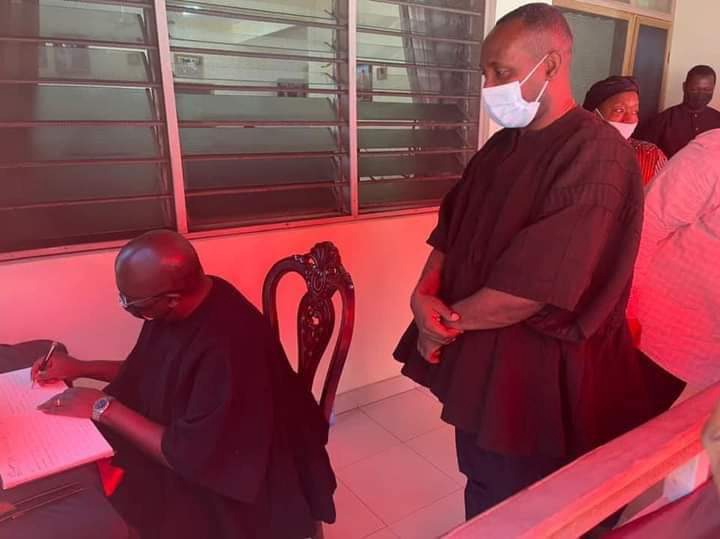 Above is a picture of John Boadu waiting to sign the book of condolence opened in memory of the late Honourable Kofi Adda. 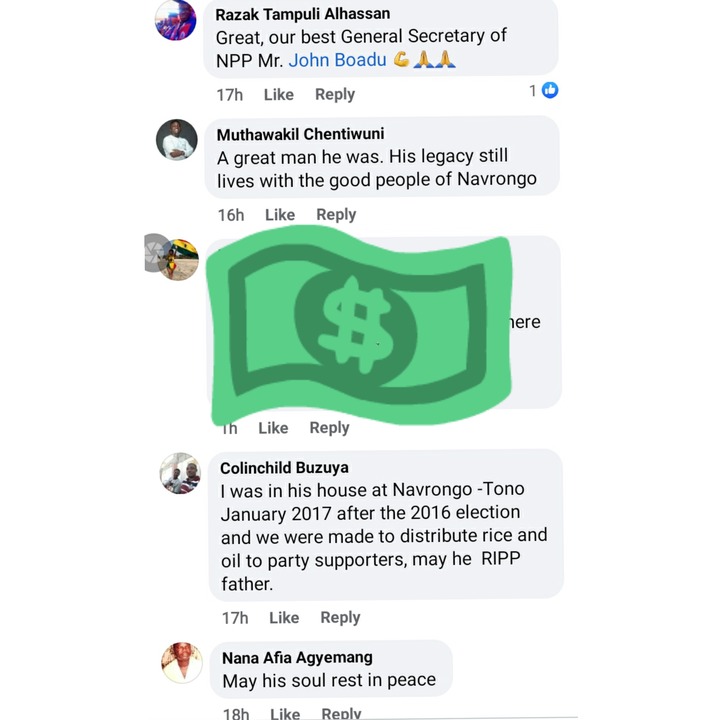 Chentiwuni has declared him as a great man. Possibly, that is the memory he has about the late former member of parliament because of his deeds.

A shocking moment that Buzuya reveals is the fact that they were asked to distribute items to some party loyals. We can't say how true that is, but that is the moment that he can claim to have had with the late former member of parliament.

Other fans have shared their condolences and have also praised the General Secretary for his works.