Oh no: See what this kidnaper did to a boy who went missing

By joemarfo (self meida writer) | 18 days 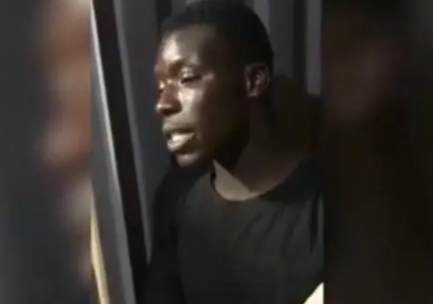 This boy, twelve years old went missing for about ten days in the Asante Manmpong of Ashanti region.

Little did he know he was going to pass through a hell of a time. In fact, his kidnapper did not spare him at all.

The victim in an interview with Kessben FM on the Breaking News show yesterday uttered, he was lured and kidnapped by a man called Atta Yaw Kusi, aged 23.

According to the teenager, Atta Yaw informed him he was going to take him to Kumasi and fetch him a job.

He then agreed and followed Atta Yaw to Kumasi without telling his parents because his kidnaper had told him to keep the going between the two of them secret.

“Atta Yaw met me and told me that he wants to assist me to get a job so he’s going to take me to Kumasi. I agreed and go after him to Kodie, a community Kumasi.”

“Since we came to Kodie, every night Atta Yaw has been sodomising me, he applies body cream on his ‘dig’ and inserts it in my anus.” the Boy told Alibaba, host of the show.

Meanwhile, the kidnapper has been apprehended by the Kodie police after the victim narrated the case to a woman who reported the case.

The court will preside over the case on 17th September 2021.

At the moment the boy is responding to medical care at Asante Mampong hospital.