I Played Loud Music And He Got Angry, So I Told Him That's How He Distracts My Sleep Every Night

By HenryArko (self meida writer) | 17 days

Majority of Ghanaians, both in the city and rural areas live in compound houses as a result of the general standard of living in the country.

To live in a compound house is sometimes very unpleasant, because one may be required to deal with people from all sorts of backgrounds. There are some people who do not care about the fundamental rights of others. All they worry about is their own feelings.

Such people hurt the feelings of others by playing loud music, banging doors, whistling at night while others may be trying to catch some sleep, or engaging in habits that make life uncomfortable for the others living on the same compound with them.

These people sometimes feel they have the right to satisfy their own whims and caprices at the detriment of others. What they fail to remember is that where their right ends is where another's begins.

If you happen to find yourself on the same compound with one or more of such people, your life will be very unbearable. The saddest part of this issue is that if one prompts them concerning their deeds, they often get irritated and ignite a war in the house. 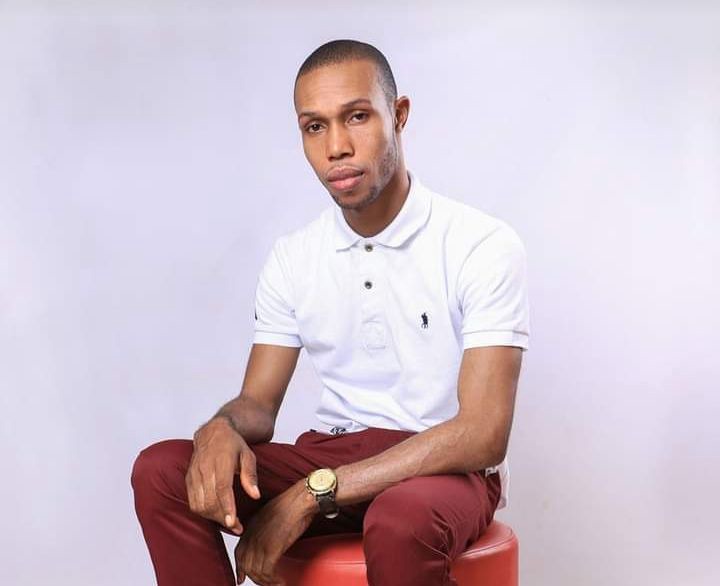 A young man with the Facebook handle, Erasmus Lord Miles has taken to the platform to share how he managed to stop a neighbour from continuing to disturb him at night.

He narrated that there was a guy who was living in a house behind his house. This guy would wake up at 2:30 am and turn on his radio and begin praying at a loud volume. After that he would go and sleep in another part of the house.

At 3:30 am, he would wake up and begin shouting. Then at 5:30 am, he would go to bed and sleep the whole day. Whenever he approached the guy and told him to at least turn down the volume on his radio set, he would claim that the devil had sent him to stop him from peaying.

And so one day after he had finished with his usual noisemaking, he was sleeping under a tree, the young man also started playing loud music which angered the guy. The narrator of this story then told him that was how he had been distracting his sleep every night. The offender also has a feel of how it feels to be disturbed. From that time, he stopped disturbing in the house.

There is a saying that, "Do unto others what you want them to do unto you." If we always put ourselves in the shoes of others, most of these offences could be avoided.

See a screenshot of the story below: 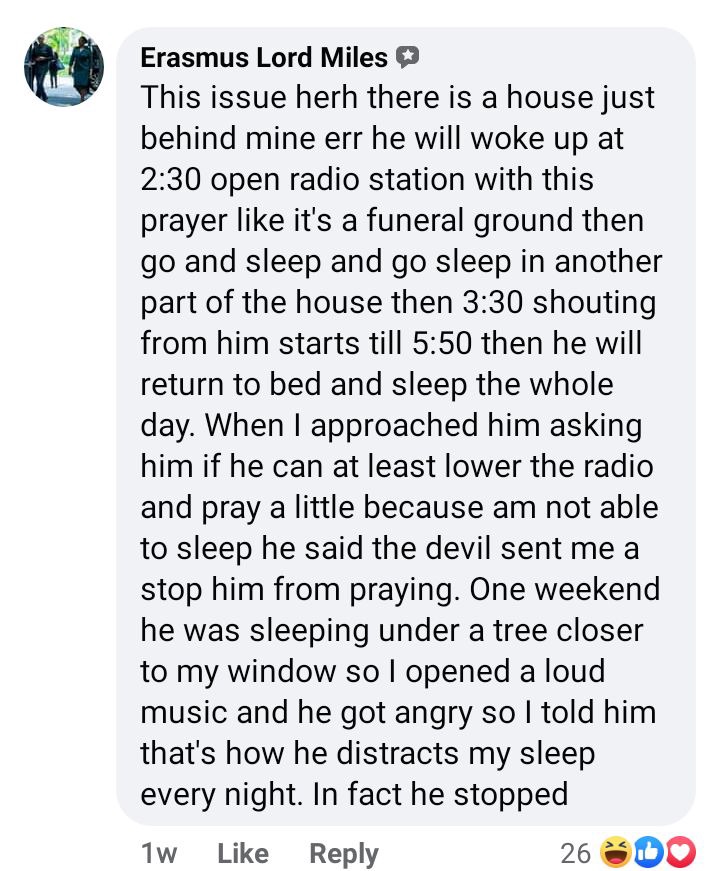