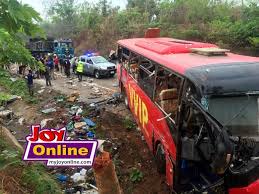 Director-General of the MTTD, Dr. Samuel Sasu-Mensah, has stated that 80% to 90% of road accidents that occur in the country are attributable to driver behaviour.

Speaking on the Super Morning Show on Wednesday, December 8, 2021, he noted that most drivers who ply the roads do not comply with laid-down traffic rules and regulations.

“Basically what we see is that most people practice unsafe driving, some drivers are very incompetent, impatient and drive recklessly. The rules and regulations are there but they are not complying with them. And this accounts for the majority of road accidents witnessed on our roads,” he said.

Touching on other factors he stated that most drivers, especially commercial drivers do not attend any driving school, hence they do not have a proper grasp of the road traffic regulations.

“Drivers who are driving on our roads don’t attend driving school before they drive. Normally what they do is that for the commercial drivers, they become mates and apprentices, and they graduate from that step and become drivers without going through the curriculum of the driving schools. And they constitute the majority of the problem.” 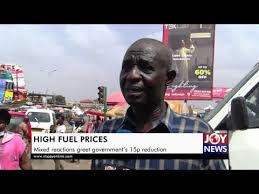 He thus entreated drivers and other road users to strictly comply with the road regulations in order to significantly bring the situation under control and save the many lives lost annually due to road accidents.

“If you want to drive on our streets, what you have to do is to wear your C.O.A.T, where C means Concentrate on the art and science of driving, O for Observation, A for Attention, and T for Tolerance on our roads. If we go by this C.O.A.T principle, I doubt accidents will be rampant as it is now,” he said.

According to the latest statistics from the Motor Transport and Traffic Directorate (MTTD), 2,608 people have been killed in road traffic accidents between January and November this year. This exceeds the whole of last year’s data, which indicate that 2,500 lives perished. So far, 14,138 people are battling various degrees of injury.

Motorcycles continue to kill more people as within 11 months, 1,140 people have been killed and 4,293 injured.

Deaths due to pedestrian knockdown have reached 726 so far. The Ashanti Region continues to lead in road traffic fatalities. So far, 534 people have been killed in that region with 3,438 people injured. This is followed by the Eastern Region where 427 lives have perished and 2,369 injured.

The North East and Oti Regions are doing relatively better as 13 and 20 road traffic accidents deaths have been recorded in the two regions in 11 months respectively.